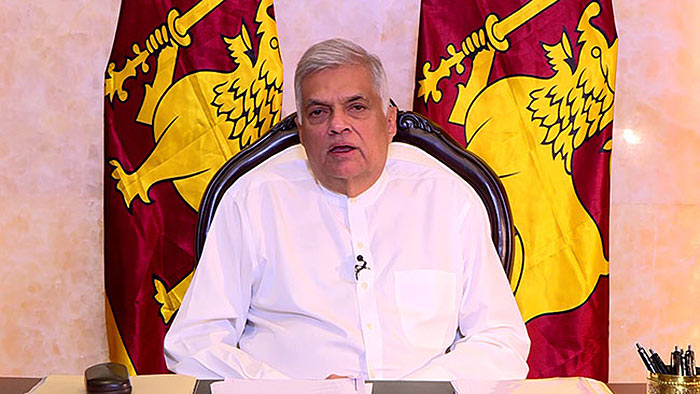 In a message of condolence to the Government of India, Sri Lankan President Ranil Wickremesinghe says he is saddened by the collapse of the bridge in Morbi, Gujarat and that the people of Sri Lanka join him in extending their condolences to the government, people of India and the families of those who lost their lives.

“Shocked and distressed by the tragic accident in Morbi, Gujarat, with the collapse of the bridge,” the President said in a tweet.

“May the injured have a speedy recovery and wish every success in the rescue and recovery operations underway,” he said.

At least 132 people died after a British-era bridge in Gujarat’s Morbi collapsed last evening. While 177 people have been rescued so far, a search operation is underway for several others who are still missing.

The suspension bridge, around 300 km from the state capital – Ahmedabad, collapsed at 6:42 PM on Sunday when around 500 people had congregated on it to perform some rituals for the Chhath puja.

Gujarat Home Minister Harsh Sanghavi, in a press briefing this morning, said that a criminal case has been registered and a five-member high-powered committee is probing the bridge collapse. “The rescue teams and officials worked all through the night,” he said.

Eyewitnesses say there were several women and children on the nearly 150-year-old bridge when cables supporting it snapped, sending scores of people tumbling into the river below.

Videos from the spot showed some people swimming to safety after the bridge snapped. Many were seen clinging on the broken ends of the bridge.

The bridge over the Machchhu river had been shut for seven months for renovation. It was reopened to the public on October 26, the Gujarati New Year.