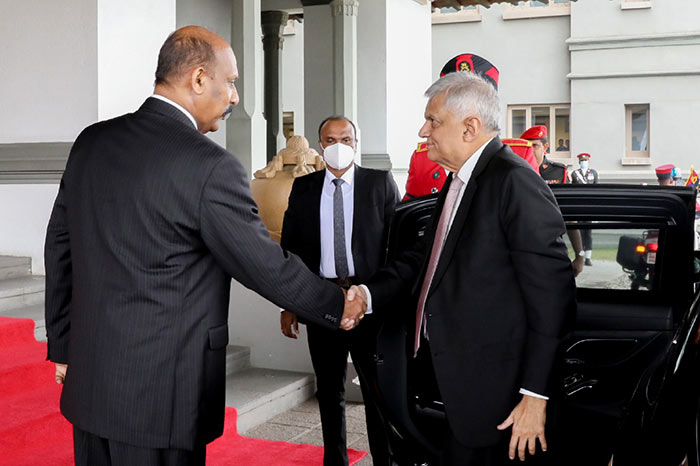 Sri Lanka’s President Ranil Wickremesinghe as the Commander in Chief of the Armed Forces arrived at the Defence Ministry situated at the Defence Headquarters Complex in Sri Jayawardenepura, Kotte this morning (July 21).

General Kamal Gunaratne, the Secretary to the Ministry of Defence received the President upon his arrival at the Ministry.

During his maiden visit to a state establishment after swearing in as the President of Sri Lanka, President Wickremesinghe met with the country’s defence top brass for a brief discussion. 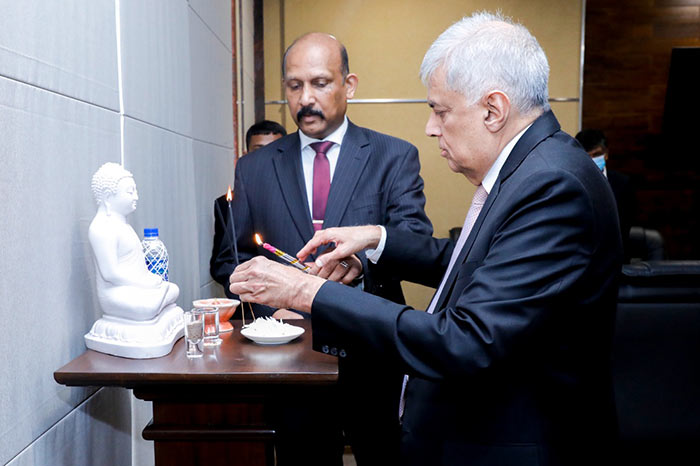 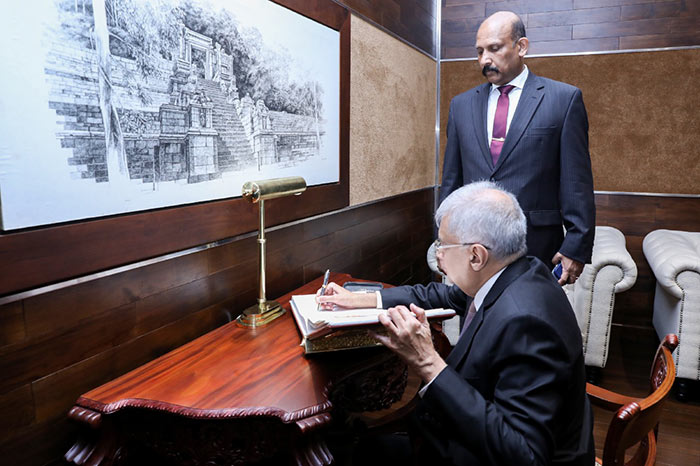 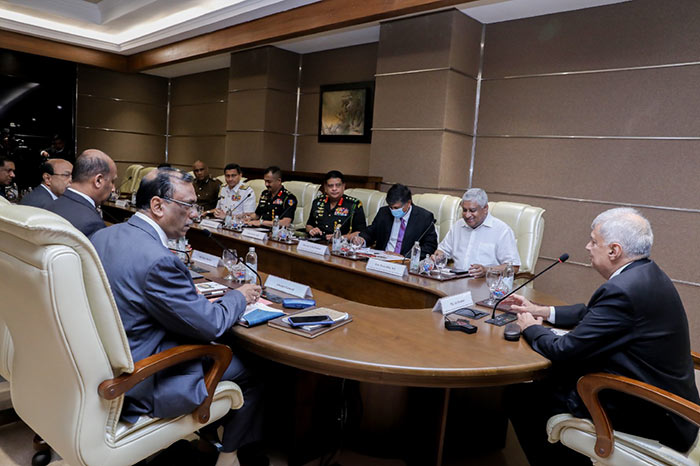