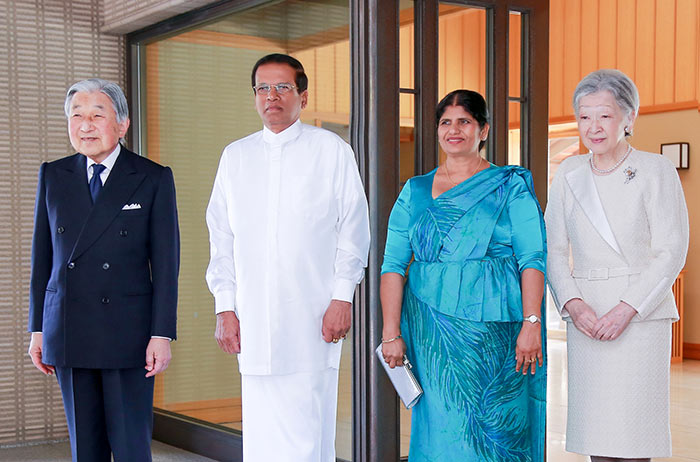 Sri Lanka President Maithripala Sirisena, who is on a state visit to Japan to further strengthening the long standing bilateral relations between the two countries, met with Emperor Akihito today (13).

President Maithripala Sirisena and First Lady Jayanthi Sirisena were given a warm welcome by Emperor Akihito and Empress Michiko when they arrived at the Imperial Palace in Tokyo.

Later, both the leaders engaged in a cordial discussion.

The Japanese Emperor expressed his pleasure over the visit of President Maithripala Sirisena and said that the long-standing ties between the two countries will be further consolidated as a result of this visit.

President Srirsena expressed his thanks to Emperor Akito for the invitation extended to him to visit Japan and said that it is his expectation to strengthen the relations between the two countries in every sphere.

The Emperor, recalled the memories of his visit to Sri Lanka in 1981 said that he was privileged for the opportunity to visit the historical temple of the sacred tooth relic in Kandy.

He also mentioned with gratitude the high appreciation and welcome he received from the Sri Lankan people.

The Emperor of Japan who acknowledged the assistance provided by Sri Lankans in the time where Japan faced natural disasters mentioned that Japan is ready to provide assistance to Sri Lanka anytime.

After the meeting, Emperor Akihito joined President Sirisena in his tour of the historical Imperial Mansion. 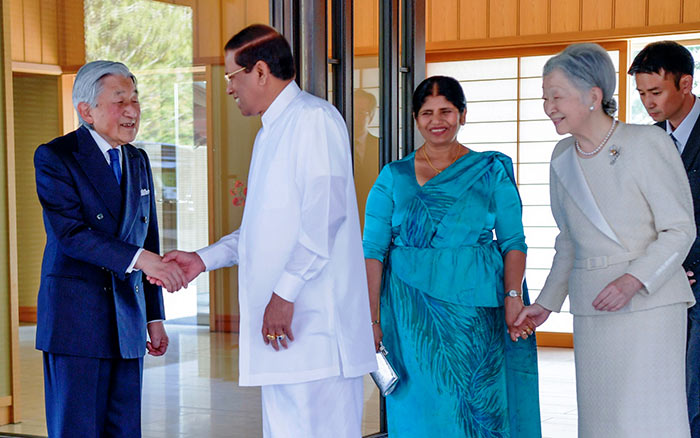 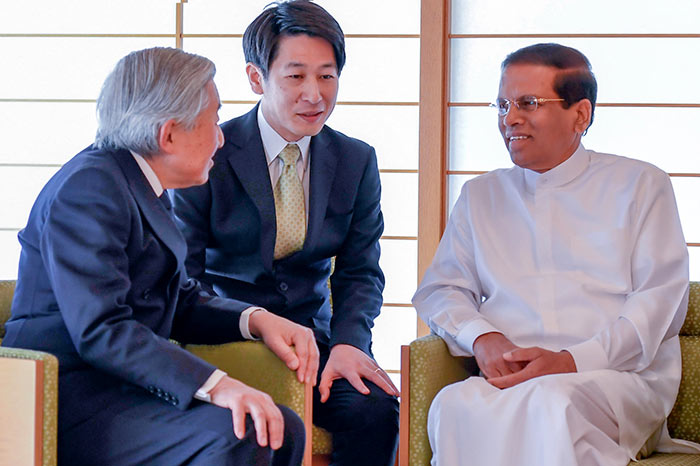