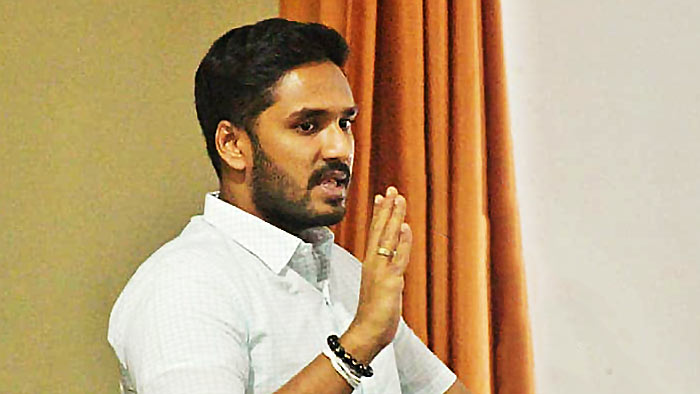 Sri Lanka Podujana Peramuna Parliamentarian Nipuna Ranawaka was chased by a group of people hooting and asking him to leave immediately.

The incident took place in the Urubokka area yesterday (April 16).

It is reported that a protest rally has been organized against the government and he was chased by some of the protesters.