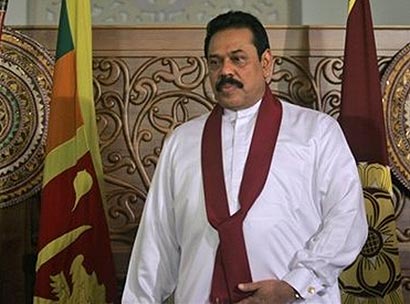 “President Mahinda Rajapaksa told the Cabinet of ministers that no matter what happens in Geneva, we have to speedily solve problems of the Tamil people and upgrade their living standards. Sri Lanka is ready to face any situation arising in the future,” Economic Development Deputy Minister and acting Media Minister Lakshman Yapa Abeywardena said.

Addressing the weekly Cabinet press briefing at the Government Information Department Auditorium yesterday, Minister Yapa said that over 99 per cent of IDPs have been resettled and a massive development drive is on in the North to provide infrastructure facilities to the Tamil people.

“Sri Lanka’s resettlement process is a very good example for countries with war and internal conflicts,” he said.

The Sri Lankan government gave priority to reconstruct the Northern line railway track at a cost of Rs 800 million delaying the construction of the new Kataragama railway track in the South. This type of instant development had never taken place anywhere in the world before, he said.

According to Minister Yapa, the Sri Lankan public commenced handing over petitions to embassies and High Commissions in Sri Lanka yesterday.

“Petitions have been handed over to the embassies of the US, UK, Norway and Sweden. Special delegations have been sent to African countries to educate them on the issue. The government never neglected the development of the country because of terrorism or the humanitarian operation,” he said.

The Divi Neguma stage three is to be launched countrywide covering 2.5 million families. It will cover 14,000 Grama Seva Niladhari divisions. A team of 42,000 officers will take part in the programme.

House to house visits in order to collect required data is taking place from March 1 to 31 March. Plants, seeds and fertilizer to be given to the public. Commercial crops are to be cultivated in lands from quarter acre to two and half acres. The selection crops will be made according to areas in order to avoid extra production. The programme will be launched countrywide on March 23 at 10.16 am”, Minister Yapa added.