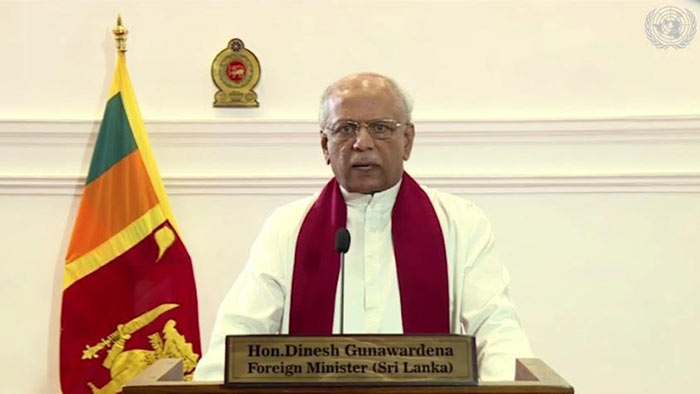 Sri Lanka on Tuesday (23) urged the UN Human Rights Council to reject a forthcoming resolution voicing “serious concern” over the “deteriorating” rights situation in the country.

Foreign Minister Dinesh Gunawardena told the council it would have to decide whether time should be spent raking over Sri Lanka or if the resolution was politically motivated.