Sri Lanka wins the historical First Place in one of the greatest Pageants in the World, Carnival of Cultures in Berlin, beating 100 Countries 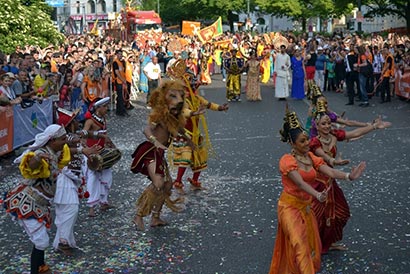 Sri Lanka won the first place for Ensemble out of more than 5000 dancers, drummers and musicians took part from more than 100 countries at the 17th Carnival of Cultures in Berlin on Sunday, 27th May 2012. Sri Lankan pageants led by the renowned Channa Upuli Dance Group and members of the Sri Lankan community in Berlin representing ethnic Sinhala, Tamil and Muslim presented a colourful and impressive formation in the parade. This is the first time that Sri Lanka has participated at this event since 2007.

The Sri Lanka Association Berlin with the support of the Embassy of Sri Lanka in Berlin arranged Sri Lanka’s participation at the parade. The parade provided a prime opportunity for Sri Lanka to portraits peace, harmony and ethnic reconciliation in the post-conflict era of the country depicting a rich picture of Sri Lanka’s cultural heritage. For its exceptional performance, the Sri Lanka Association in Berlin as the organiser of Sri Lanka’s participation was awarded the First Prize in the Full Formations Category of the Parade with a price money of 1000 Euro by the jury of the Carnival of Cultures.

Carnival of Cultures is one of the most colourful and impressive traditional parades taking place every year in Berlin, the capital of Germany. Considerable numbers of Berliners have celebrated the 17th Carnival of Cultures this time for four days during the weekend in Berlin. Like every year, the traditional parade on Sunday, 27th May, where Sri Lanka won the first Price for Ensemble, was the climax of the festival. It was estimated that more than 700 000 viewers watched the parade, while the parade was lively telecasted in major German channels and prominent TV channels across Europe for millions of viewers. 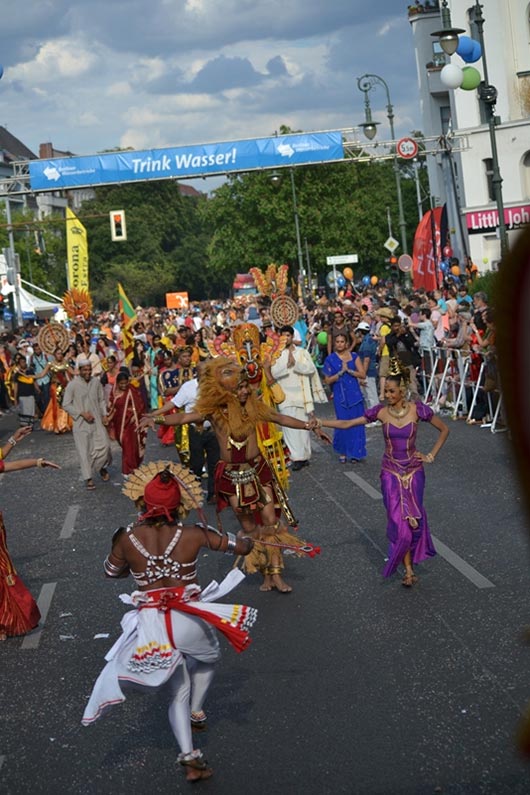 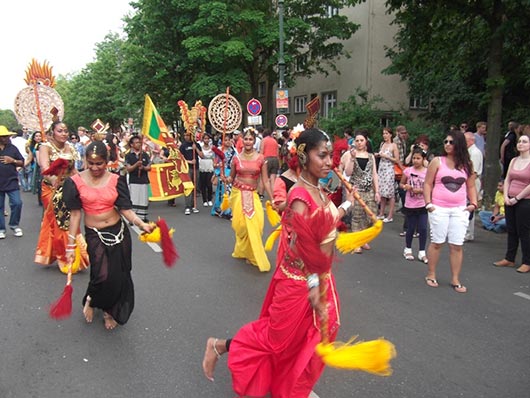 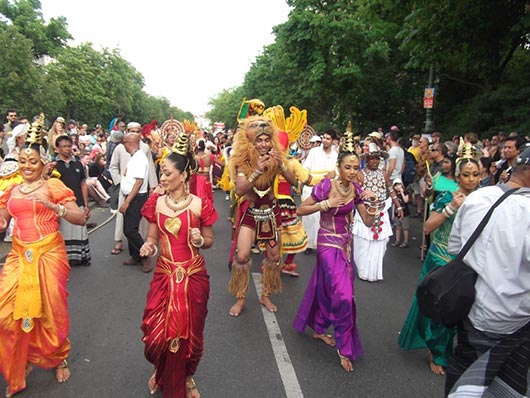 2 Responses to Sri Lanka wins the historical First Place in one of the greatest Pageants in the World, Carnival of Cultures in Berlin, beating 100 Countries

Home » Sri Lanka wins the historical First Place in one of the greatest Pageants in the World, Carnival of Cultures in Berlin, beating 100 Countries