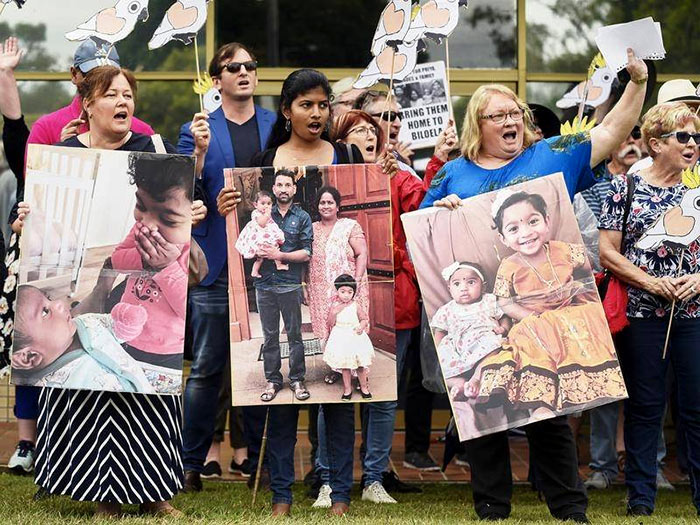 An Australian Federal Court judge has granted an extended injunction preventing the deportation of a Tamil family from Darwin to Sri Lanka until after another court hearing next Wednesday.

Angel Aleksov, representing the family, asked Justice Mordecai Bromberg to extend the injunction so they could make a further application for Priya, Nades and their daughters to remain in Australia.

Federal Circuit Court Judge Heather Riley granted the injunction by phone late Thursday night, preventing any attempts to remove them from Australia after their departure on a Sri Lanka bound flight from Melbourne.

The plane was forced to land in Darwin.

Mr Aleksov has applied to the court on behalf of two-year-old Tharunicca.

There has been a request on her behalf to Mr Coleman for permission to make a visa application.

But Mr Aleksov said there has been no assessment by any Australian official about whether she is owed protection by the federal government.

Failure by the department to refer this question to the minister for an answer is “unreasonable in a legal sense”, he said.

Unless there was a halt on the midday deportation, there would be no time to appropriately consider her case for a visa.

Christopher Tran, representing the immigration department and minister David Coleman, agreed to the extension but opposed the outcome.

“The application on its face is hopeless,” he said.

Justice Bromberg ordered the Australian government be prevented from removing Tharunicca and her family until 4pm Wednesday, September 4.

The case will return to court on the Wednesday morning.