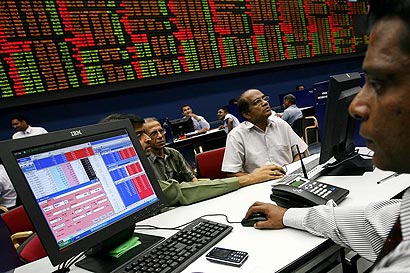 Shares have been rising on expectations of a fall in interest rates after Treasury Secretary P.B. Jayasundera and the central bank said interest rates could ease in May-June.

The International Monetary Fund said on Thursday Sri Lanka must not loosen monetary conditions as inflation remains a concern, even though prices had risen at a slower pace in April than the previous month.

The market has gained 5.95 percent since the treasury secretary’s comments on April 9.

Shares in Lanka Ceramic PLC, which pushed the day’s turnover on a block deal, jumped 50 percent to 120 rupees a share.

Foreign investors were net buyers of 28.22 million rupees of shares, extending the net foreign inflow so far this year to 8.96 billion rupees. Last year, the bourse saw a net inflow of $303 million.