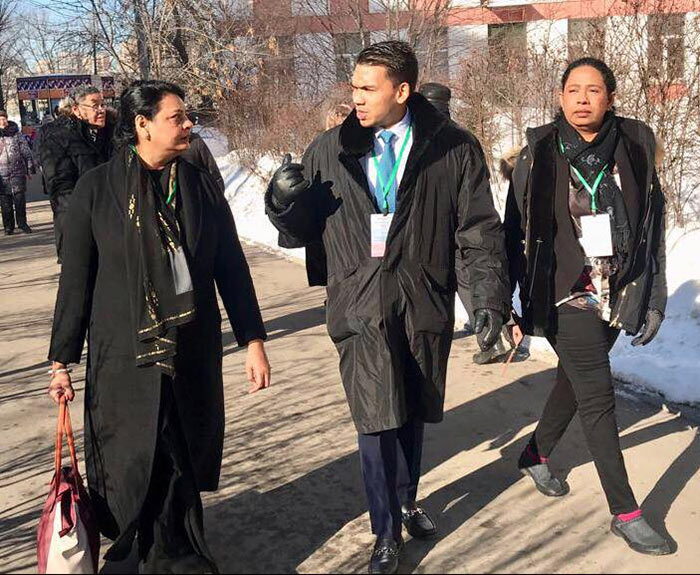 Sri Lanka’s opposition legislator Namal Rajapaksa, the eldest son of Sri Lanka’s former leader Mahinda Rajapaksa, on Thursday said he was not allowed to enter the United States despite having a valid visa.

Namal, who was in Russia to monitor the presidential election, was to fly to Houston from Moscow late on Wednesday.

“When I went to check into the flight in Moscow, I was told that U.S. Home Office (State Department) had informed not to allow me to enter the U.S.. No reason was given,” Namal told Reuters via phone. He said he had a valid multiple-entry visa for the United States.

“There was no travel ban on me and I was to attend my aunt’s funeral. The U.S. has the right to refuse my entry, but they could have informed me earlier,” he said.

A spokesperson at the U.S. Embassy in Sri Lanka said the U.S. law prohibits the country’s officials from discussing individual visa cases.

Junior Rajapaksa’s passport was impounded as part of a probe into an alleged money laundering, state media has reported.

But he was granted permission to travel abroad for a period of two months by the Colombo Chief Magistrate on Feb. 22 to travel Russia and Nepal for two months from Feb. 26 to attend seminars organized by Commonwealth Parliamentary Association.

Namal is facing legal battles including misappropriation of funds in an apartment project and is on bail after being arrested in July 2016. He was questioned by financial police investigating a $650-million high-end project in the capital Colombo.

He had denied any wrongdoing and said the government was on a witchhunt against its political rivals instead of delivering on its promise of good governance.

Since he swept to power in January 2015, President Maithripala Sirisena has launched a series of investigations into deals that were cleared by his predecessor Rajapaksa and his family members, some of whom were in the cabinet.