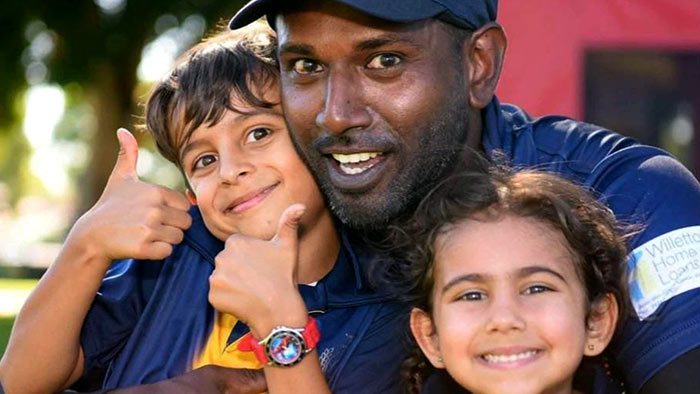 Indika Gunathilaka murdered his two children before ending his own life. Picture: Facebook

Australian Police believe a 40-year-old Sri Lankan father murdered his four-year-old daughter and six-year-old son before ending his own life in the garage of their home on Essington Street in the southeast Perth suburb of Huntingdale.

Authorities were alerted after they failed to arrive for a meeting with their mother and rushed to the home about 6.30pm Friday.

WA Police assistant commissioner for the metropolitan region Allan Adams told reporters initial investigations led police to believe there was no other person involved in the deaths.

“The exact cause of death and the circumstances will be thoroughly investigated and this will take some time but I tell you at this stage, we are treating this incident as a double murder suicide,” he said.

“The incident came to police attention upon the mother attending a pre-determined location to pick up the kids and they weren’t at that location.

“She made some inquiries with her broader family, who attended the Huntingdale address and then called police.

“The early assessment … is that this is a domestic homicide-suicide, so investigations will determine ultimately whether that scenario is what they are confronted with or whether there are some other issues at play.”

He described the deaths as “extreme in the tragedy and sadness” and “extremely difficult to comprehend”.

The confronting scene had been highly traumatic for first responders, he added.

Police who made the grisly discovery were reportedly left so distraught they had to be comforted nearby afterwards.

“Having been a police officer myself for over 35 years, dealing with these issues, even though police are subject to trauma on a regular basis and the response to it – nothing prepares you for this,” assistant commissioner Adams said.

He offered sincere condolences to the family, who would be offered support and assistance.

“We can only begin to imagine the trauma caused to the family and on that basis any questions on family background and issues within the family, I’m not going to reply to.

“At this time of extreme grief and trauma for those families, it doesn’t help that issues that might have been besetting that family are discussed here today.”

Two days before the bodies of Mr Gunathilaka and the children were discovered, he shared a photo on Facebook of them all holding hands on a beach watching the sunset, their backs to the camera.

Before Christmas, Mr Gunathilaka used his Facebook profile to post a public 18-minute video in which he confirmed he suffered from depression, had been prescribed medication and had been seeing a psychologist.

He spoke of a “deep dark hole” people struggling could find themselves in and said “people suiciding always don’t intend to terminate their life”.

“What they want to end or terminate is the pain they’re in which is unbearable … there’s no coming back from it.

“Depression is one of the biggest killers … I know it too well.”

In the video, he said “we all make mistakes” and urged viewers to reach out and seek support for any issues they were having.

Mr Gunathilaka previously worked as a town planner and set up his own business IMG Town Planning and Development Solutions in 2014.

He was also a singer and founding committee member of the Western Australia Royal College Old Boys Association, a social group for Sri Lankan men.

As the family and community grappled with what had unfolded, a toy bear and rabbit were laid outside the home in a touching tribute to the two children.

Assistant commissioner Adams said he expected they could be there until Sunday.

He would not comment on whether Mr Gunathilaka was known to police.