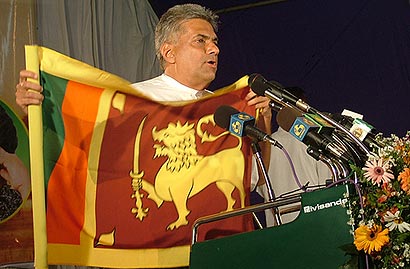 CHENNAI: The main Opposition parties in Sri Lanka are recommending that an Executive Prime Ministership be formed in the island nation, the former Prime Minister, Ranil Wickramasinghe, has said.

He spoke to journalists on Tuesday at the airport here ahead of his journey to Ladakh.

Mr. Wickramasinghe said the government was taking steps to resolve the ethnic issue in both the northern and eastern provinces. He expressed concern at the plight of the internally displaced Tamils and their rehabilitation.

Asked about allowing the United Nation’s advisory panel to visit Sri Lanka, Mr. Wickramasinghe said the issue had to be debated in Parliament.