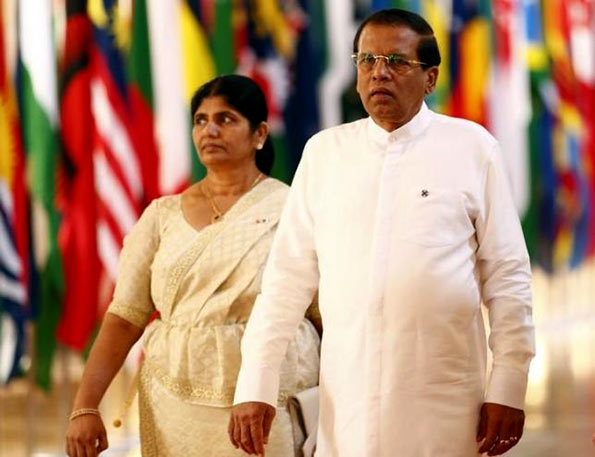 Sri Lankan President Maithripala Sirisena visits Germany on Monday, seeking political support in a fight to reinstate a trade concession for garment exports, the government said, after the European Union abolished the measure six years ago.

With annual exports of around $5 billion, the Sri Lankan industry produces garments for some of the world’s most popular brands, such as Victoria’s Secret, Tommy Hilfiger, Nike, and Marks and Spencer.

The tax waiver, known as the Generalised Scheme of Preferences (GSP) Plus, had helped boost Sri Lanka’s garment exports, before it was withdrawn over the previous administration’s failure to tackle human rights concerns stemming from a civil war that ended in 2009.

Sirisena, who took office last year, has pledged an impartial investigation into alleged atrocities in the final stages of the war with Tamil separatists, in line with a United Nations resolution.

Finance Minister Ravi Karunanayake said Sirisena would try to win backing for the effort to reinstate the trade concession during his trip to Germany, which also includes a visit to neighboring Austria.

“We will be calling for the Germans’ help, trying to get the European Union to accept that,” the minister said.