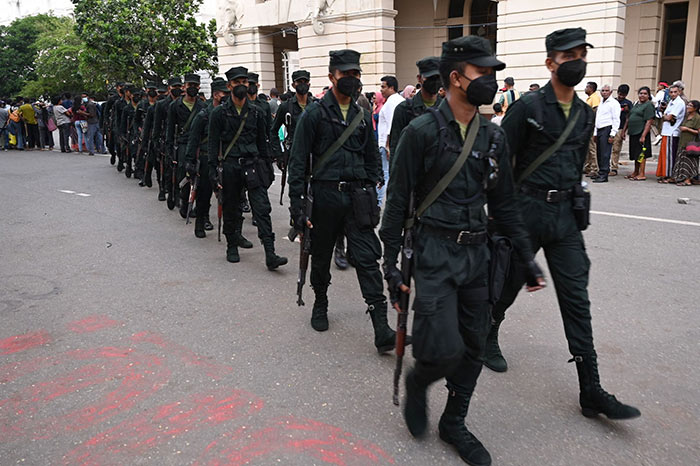 Sri Lankan Prime Minister Ranil Wickremesinghe, as the acting President has ordered the imposition of Curfew in the Western Province and Emergency Law declared island-wide with immediate effect.

Prime Minister Wickremesinghe also ordered the security forces to arrest those acting in a riotous manner and take into custody the vehicles they travel in, the Prime Minister’s Office said in a statement.

The directives come into effect with the large crowds that have gathered outside the Sri Lankan Prime Minister’s Office down Flower Road in Colombo, Sri Lanka.