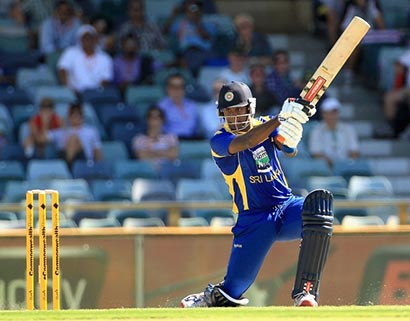 Sri Lanka suffered a blow on Wednesday when influential all-rounder Angelo Mathews was ruled out for the rest of the Asia Cup due to a calf injury.

The 24-year-old will return home to Colombo to get fit in time for the two-Test series against England starting on March 26, captain Mahela Jayawardene said.

“Angelo has not pulled through fitness tests well, so we made a call to send him back home,” Jayawardene said ahead of Thursday’s crucial match against Pakistan.

“He will try to get ready for the Test matches. The selectors back home will decide and send a replacement for us.”

Mathews, a right-arm seamer and hard-hitting batsman lower down the order, had also missed the tri-series finals in Australia earlier this month due to the same problem.

Jayawardene said it was unclear if pace spearhead Lasith Malinga will play against Pakistan after he missed Tuesday’s opening match against India.

“Malinga played through injury in the final two matches of the tri-series in Australia, so we decided to give him a break against India,” the skipper said.

“We will take a call on him after he bowls in the nets today.”

Sri Lanka, who lost to India by 50 runs, will need to beat both Pakistan and Bangladesh in their remaining games to stay in contention for the final on March 22.