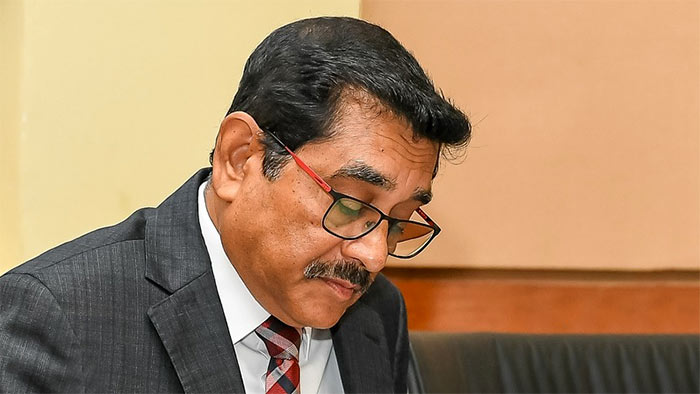 Nandalal Weerasinghe – Governor of the Central Bank of Sri Lanka

It is easy to criticise measures taken by authorities and those in power without providing any alternatives, Governor of the Central Bank of Sri Lanka (CBSL) Nandalal Weerasinghe said.

CBSL Governor Nandalal Weerasinghe says it is easy to criticise measures taken by authorities and those in power without providing any alternatives.

The CBSL Governor said the decisions taken to seek support from the International Monetary Board, proposed reforms and tax revisions have been heavily criticised by several factions including the politicians and the general public.

The Governor said taking keen interest in such matters is commendable but requested those criticising to provide alternatives.

Addressing an event organised to launch a report compiled by the Institute of Policy Studies on Sri Lanka’s economy yesterday (October 25), CBSL Governor Nandalal Weerasinghe stated that there will be no more second chances to stabilise the country’s economy.

The Governor said creditors also understand that Sri Lanka requires a stable economy and a strong banking sector to repay its loans.

He said Sri Lanka will receive support from the International Monetary Fund (IMF), World Bank and the Asian Development Bank (ADB), but that will not be sufficient in the long run.

The CBSL Governor said while receiving temporary relief, measures must be taken to overhaul the system.

Governor Nandalal Weerasinghe said he understands the opposition for reforms by certain factions but requested such parties to propose better alternatives to prevent Sri Lanka from enduring an economic crisis once again.