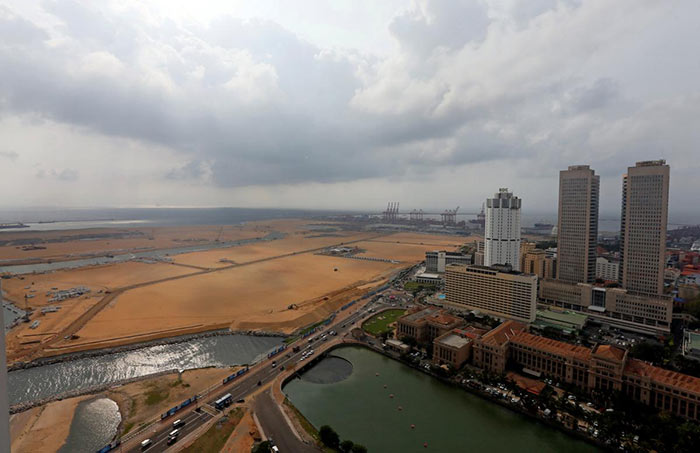 A Chinese-backed real estate project near Sri Lanka’s main port is in discussion with investors for up to $4 billion in investments in its first phase, the developer said on Wednesday.

Work on the $1.4 billion Port City project by China Communication Construction Company (CCCC) (601800.SS) started in 2016 as part of Beijing’s ambitious plans to create a modern-day “Silk Road” linking Asia to the Middle East and Europe.

The project is expected to attract $13 billion in investment over next 20 years.

Liang Thow Ming, chief sales and marketing officer of CHEC Port City Colombo (Pvt) Ltd, the local company that handles the project for CCCC, said 80 percent of the 269-hectare (665-acre) site had been reclaimed from the sea.

“We are on schedule to complete the reclamation and marine works by the second half of next year,” he told Reuters in an interview, adding that roads, parks, and other infrastructure will be completed by 2020.

“There is a healthy level of interest. We are talking about for hospitality, commercial offices, retail space, and residential. We have seen investors from Southeast Asia, India, the Middle East, China and Japan.”

He declined to identify specific investors, but said the Port City would see $3-4 billion investment “if everything comes true”.

“We are looking for partners with international image on the project. There is a healthy demand at the moment.”

Sri Lanka has been preparing legislation with tax incentives to lure investment to the Port City, which includes housing, marinas, health facilities and schools.

CHEC Port City Colombo (Pvt) Ltd aims to deliver the first site for construction by the end of 2018.