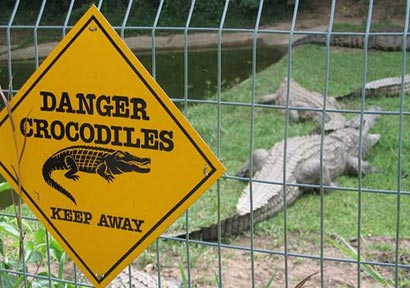 Minister Dallas Alahapperuma said the main objective of this measure is to prevent deaths being caused by crocodiles in the surrounding areas of Nilwala Ganga. Every year several persons become victims of these crocodiles as many people in the rural areas on the banks of the Nilwala Ganga are using the river for bathing and to get their water requirements.

A special discussion in this regard was held at the Matara District Secretariat, Monday. The Minister pointed out that this initiative will also be useful for the promotion of the tourism industry. A number of government officials including District Secretariat of Matara K. Athukorala were also present at this occasion (niz)