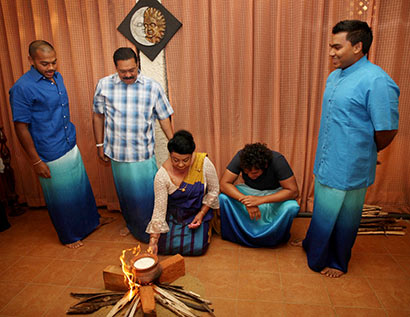 When the entire country is gripped in a happy and festive mood, Sri Lankans celebrated the traditional “Aluth Avurudda”- Sinhala and Hindu New Year in usual grand style. According to the reports, Sinhala and Tamil people throughout the country enthusiastically got ready to celebrate it. This is the fourth National New Year the whole country is celebrating in an environment of peace and tranquility since the total eradication of terrorism.

The Sinhala and Hindu New Year is a great cultural festival that has been observed by all Sri Lankans from ancient times. Every year it is the festival that marks the great association of Earth with the Sun. Sri Lankans who are nurtured by an agricultural lifestyle meaningfully accepts the dawn of this traditional New Year on 13th and 14th April.  According to the astrological charts, the New Year was dawned at the auspicious time of 1.29 am today on 14 April. It is believed that the auspicious hours are extremely conducive to the country, the people, the President and the government. The auspicious hour for cooking food fell on 4.06 am this morning.

As mentioned by astrologers milk rice was prepared with jaggery and ghee, attired in white and blue colours and facing the Southern direction. The auspicious for partaking of the first meal for the New Year was at 7.05am. In addition to taking the first meal, transactions were also conducted, attired in copper colours (yellow and red) facing the south. President Rajapaksa also joined the partaking of the meal prepared with new rice of a new yield, connected in this tradition setting an example for the whole country.

Defence Secretary Gotabhaya Rajapaksa, many other family members, Minister Johnston Fernando and many politicians participated the celebrations. They all are seen here with locals and President’s close supporters enjoying Sinhala Avurudu traditions at Carlton House. The President also participated in the traditional transaction of the New Year and took part in the celebration of the New Year in warm fellowship with the people of the area.

After observing the traditional New Year customs, President Rajapaksa did not forget to perform the tradition that is undertaking transactions for the New Year by visiting the Bank of Ceylon and People’s Bank local branches in Tangalla. People’s Bank Chairman was present at the occasion. 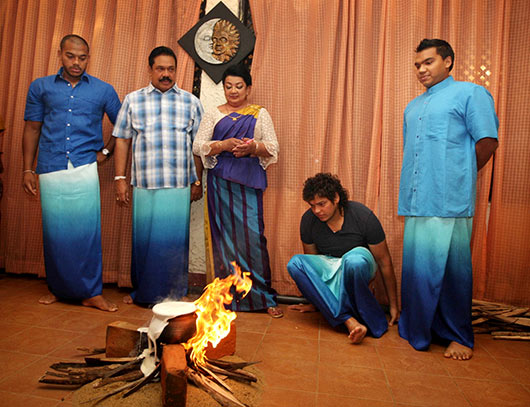 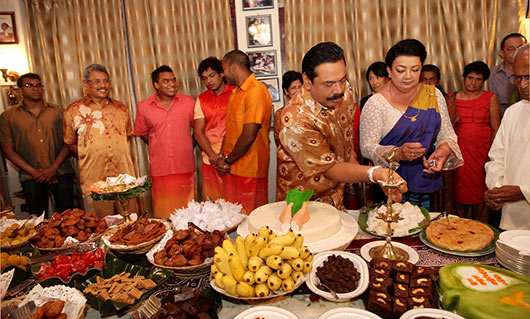 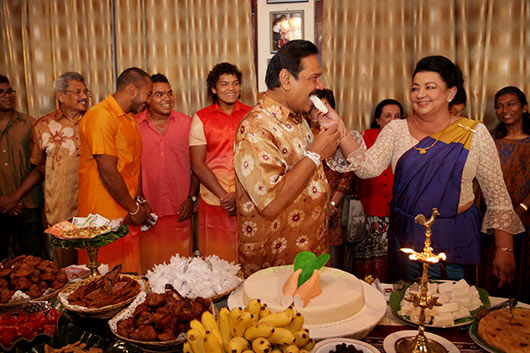 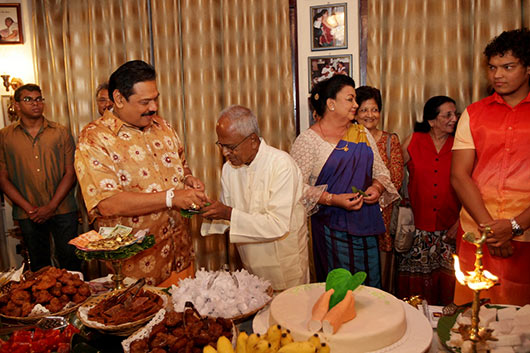 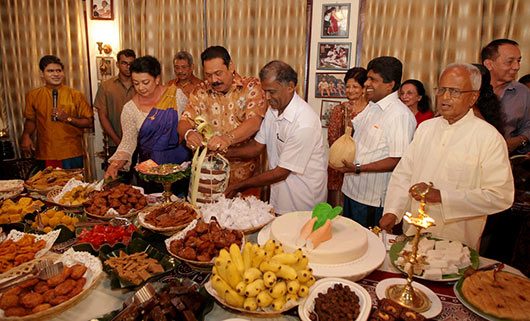 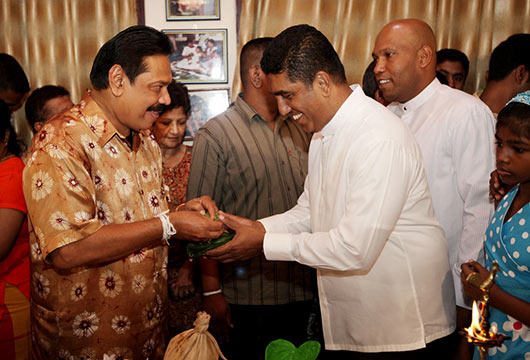 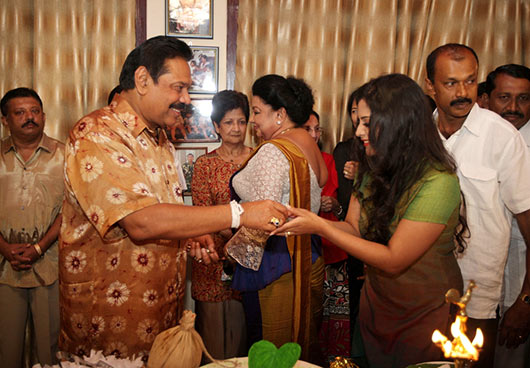 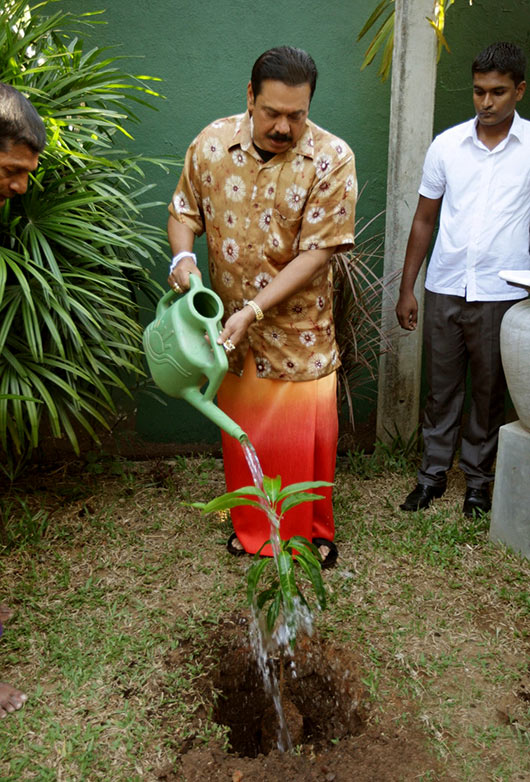 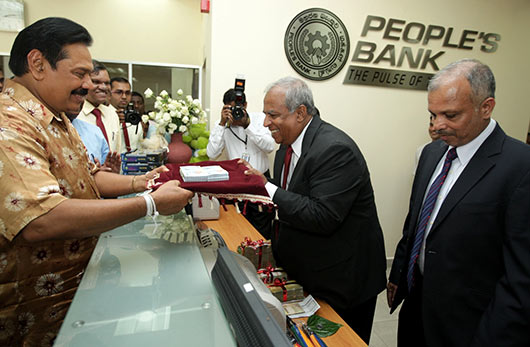 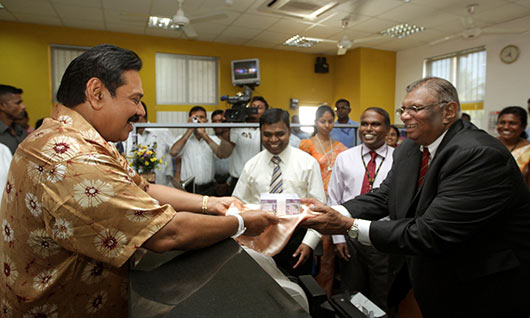