Sri Lanka President Mahinda Rajapaksa declared open the first ever National Eye Bank constructed at a cost of 300 million rupees at the National Eye Hospital premises, Colombo on 24 February. The bank will provide high quality corneas to Sri Lankan patients as well as patients from other countries, especially those from other Asian countries and foreign hospitals.

This new Eye Bank is a donation from Singapore following a request made by President Mahinda Rajapaksa last year. The construction of the hospital was funded by the Lee Foundation of Singapore through the Asia Cornea Foundation and Singapore National Eye Centre with the cooperation of the Sri Lankan government. The MOU was signed between the two countries in August 2010 and another 5 million US dollars will be provided by Singapore to carry out a five year program in the newly built eye bank.

The Singapore National Eye Centre Director, Professor Donald Tan said that Sri Lanka was the first international eye donator when it donated six corneas to Singapore in 1964. He further said that the National Eye Bank in Sri Lanka is the best in Asia and it will be the most excellent in the world in the future. Participating at the opening ceremony, Maithripala Sirisena, Minister of Health has said the opening of the eye bank is a very important asset in the health sector of Sri Lanka.

President Mahinda Rajapaksa presented a memento to the Director of Singapore National Eye Centre Prof. Donald Tan for his support. The President also inspected the laboratory of the Eye Bank and had cordial discussions with the patients in the hospital. 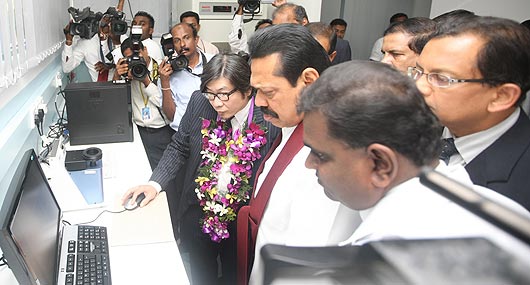 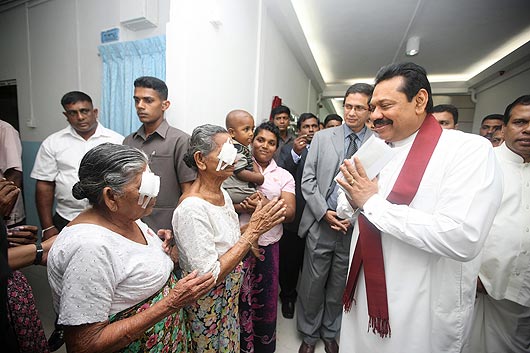