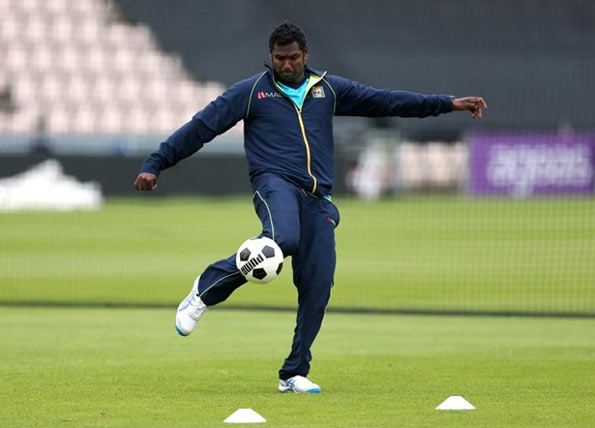 Sri Lanka captain Angelo Mathews has been ruled out of the remainder of the one-day series against Australia due to a calf muscle injury, Sri Lanka Cricket (SLC) said on Friday.

Mathews limped off during his knock in the fourth one-day international as Australia secured a six-wicket win in Dambulla on Wednesday, giving the visitors an unassailable 3-1 lead heading into the final game in Kandy on Sunday.

The 29-year-old will also miss the two Twenty20 matches against the Australians.

“Angelo’s MRI and clinical symptoms are both consistent with a medial calf muscle injury. He is not expected to be available for the remainder of the Australian series,” SLC said in a statement.