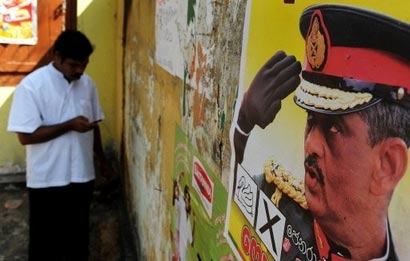 Sri Lanka’s opposition says it fears the president might use the military to remain in power if he is defeated in next week’s elections.

The opposition candidate, Sarath Fonseka, said on Thursday that the government was preparing the ground to hold on to power.

The government is accused of pushing army commanders to appear on state-run television to express support for President Mahida Rajapakse.

A military spokesman has denied that senior officers are being dragged into the presidential race.

The early election is said to be a direct result of the government’s defeat of the Tamil Tiger rebels after decades of fighting.