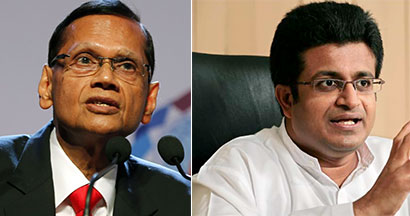 Police headquarters state that they have statements from both former minister Professor G.L Peiris and former Provincial Minister Udaya Gammanpila regarding the alleged coup attempt said to have taken place on the night of the presidential election.

Police Media Spokesperson SSP Ajith Rohana stated that these statements were obtained as per the instructions of the Attorney General.

Minister of Public Peace John Amaratunga said that the Chief Justice was being questioned over a complaint that had been lodged alleging his involvement in a coup attempt said to have taken place on the night of the presidential election.

Minister John Amaratunga added that the Chief Justice was interrogated under the supervision of the director of the CID.