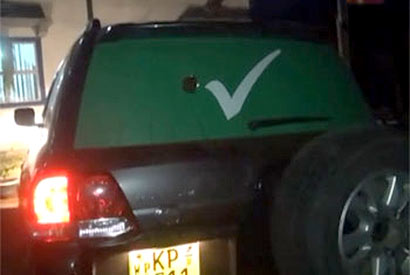 Security has been tightened in the Haliela area, in the wake of clashes between UNP and UPFA supporters yesterday.

The Police Special Task Force (STF) has been called in to provide security in the area, police spokesman SSP Ajith Rohana said.

Several vehicles were damaged while one person was wounded following the attack in Haliela yesterday, police said.

Former MP and UNP Chief Ministerial candidate Harin Fernanado’s vehicle convoy and supporters were reportedly the target of the attack.