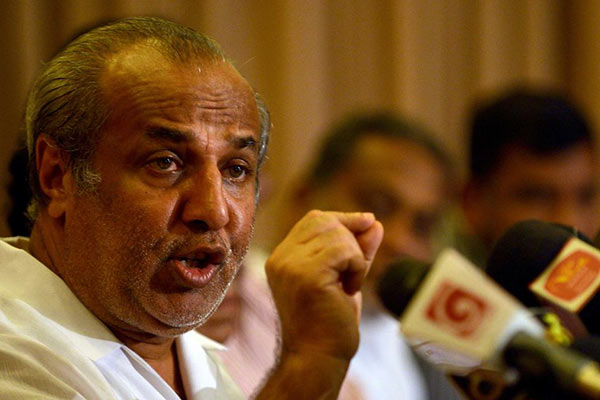 “Mahinda Rajapaksa was appointed the Prime Minister for 52 days on October 26, 2018. The Government under Mahinda Rajapaksa did various things in Parliament after October 26,2018 for 52 days. The whole world was watching what was happened in Parliament. The SLMC supported ex-President Ranasinghe Premadasa in 1988 by rejecting the policies of Prime Minister Srimavo Bandaranaike at the Presidential polls held in 1988. The SLMC has now taken the decision to pledge its support to Sajith Premedasa for ensuring the security of the Muslim Community in this country,” Minister Hakeem said.

“Sri Lanka Muslim Congress founder leader Late.M.H.M.Ashraff did a great thing for all the minorities in this country. The minimum percentage for counting the votes of the parties was 12.5% then. Leader Ashraff reduced it as 5% which enables all the minority political parties to get seats in the elections,” Hakeem said.

Minister Hakeem called on the people of Katankudy to join hands with the Sri Lanka Muslim Congress to ensure the security of Muslims. “The minority communities could, otherwise have to suffer,” he warned.

6 Responses to Support Sajith or minorities could suffer – Hakeem