Syria: If Obama and others want wars – let them put their boots and fight 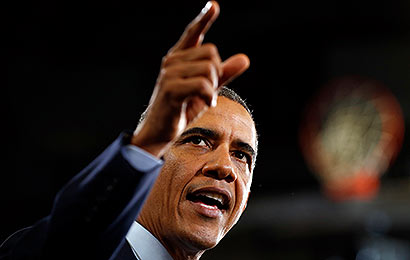 It is getting a wee bit tiring to have supposed leaders think that electing them to office gives them a right to declare wars and military interventions without any aggression to their own nations and sending troops to a hotbed of chaos much of which have been orchestrated by them. The armed forces of a nation are enlisted to ‘defend’ the nation – defending does not translate to mean they are supposed to be the aggressor. Why have successive American Governments and Governments of NATO sent their troops to nations when none of these nations ever challenged them? Have these Presidential Orders not left scores of troops dead, scores of native civilian dead, civilian infrastructure brought to ruins and total anarchy thereafter. No sooner western troop casualties started to climb the cowardly response was to send unmanned drones to do the dirty work that previously Western troops had been ordered to do. Our question is quite simple if Obama or any other political leader wants to take out a single enemy leader let them take their boots and fight instead of committing the lives of innocent soldiers and descending upon nations to completely destroy them. It is time these killings stop wherever it takes place.

Iraq was based on a lie. That lie cost the US taxpayer $3trillion, 6668 mothers mourned their sons deaths (from both Iraq and Afghanistan), more than 32,000 soldiers were wounded some with critical brain and spinal injuries for life. Invasion was in 2003 and inspite of acknowledging the non-existence of WMD’s the US continued to occupy Iraq. A make-believe Iraqi-self-rule ‘puppet’ Government was established – US calls this ‘full-fledged democracy’.

John McCain who posed with rebels in Syria thinks that by saying “I want to begin by saying to you I am unalterably opposed to having a single American boot on the ground in Syria,” McCain said. “The American people wouldn’t stand for it’ it gives US the license to send all its sophisticated air capabilities to bomb Syria simply because not a single American soldier would die. Is it alright for women, children and innocent men to die but not American or NATO soldiers? Is this the logic which the US Governments and Oppositions take their decisions?

Thankfully not all Americans think like Obama or McCain. Stephen Colbert says that ‘If America cared about shooting people, we’d be invading Chicago’.

America and Obama and some other nations have all got into a frenzy citing the use of chemicals in Syria with no proof that chemicals were used by President Assad’s Government. However, there is enough proof of America’s use of chemicals which next asks what moral right does any American Government to accuse others. US does not have any legal authority for military intervention in Syria either.

Exactly why is Syria and its 21million populace being targeted?

§ Is it because Syria like Iraq, Libya and Iran, had followed an economic model that was more state-centered?

§ Is it because Syria like Iran and Libya, is not beholden to the IMF/World Bank for any loans (an unusual phenomena in the era of globalization)

§ Is it because Syria is the last secular country in the Middle East?

§ Is it because Syria has a strong national identity?

§ Is it because President Assad stands in the way of gas pipeline when in 2009 a new gas field was discovered near Israel, Lebanon, Cyprus, and Syria opened new possibilities to bypass the Saudi Barrier and to secure a new source of income. Pipelines are in place already in Turkey to receive the gas.

The history of US use of chemical weapons against innocent people are many:

1. US military sprayed 20million gallons of chemicals on Vietnam from 1962-1971 including toxic Agent Orange on the forests and farmlands of Vietnam and neighboring countries deliberately destroying food supplies, ruining the jungle ecology and devastating the lives of thousands of innocent people. 10 years of chemical attacks left 400,000 Vietnamese killed or maimed, 500,000 babies born with birth defects, 2million suffering cancers and other illnesses. In 2012 the Red Cross estimated that 1million Vietnamese have disabilities or health problems because of Agent Orange. How proud is the American Government?

3. US use white phosphorus in 2004 on Iraqi civilians in Fallujah. US military first lied and then admitted using white phosphorous as an incendiary weapon.

5. US army tests chemicals on Black and Poor residents in St. Louis in 1950s – The US Government lied to these residents claiming they were experimenting a smokescreen to protect the city from Russian attacks but what they did was to pump the air full of powdered zinc cadmium sulfide and the 2nd ingredient used remains classified information. Immediately following the air tests, the residents started to develop cancer.

7. US military drops toxic depleted uranium on Iraq in 2003 – thousands of tons of munitions from depleted uranium, a toxic and radioactive nuclear waste product dropped on Iraq resulting in more than half the babies born in Fallujah from 2007-2010 born with birth defects, cancer increased drastically, Christopher Busby, Scientific Secretary of the European Committee on Radiation Risk says ‘these are weapons which have absolutely destroyed the genetic integrity of the population of Iraq’ and described Fallujah as having ‘the highest rate of genetic damage in any population ever studied’.

8. US military kills hundreds and thousands of Japanese civilians with Napalm (1944-45) Napalm is a sticky and highly flammable get used as a weapon of terror by US military. In 1980 UN declared use of napalm on civilians as a war crime. If so, what the US did in 1944 was a war crime. One single bombing raid on Tokyo burned 100,000 people to death and injured over 1million and left over 1million without homes.

9. US military drops nuclear bombs on Nagasaki and Hiroshima in 1945. Nuclear bombs are not considered chemical weapons yet how worse a crime when radioactive chemicals were used to wipe out an entire city full of civilians. The ONLY Government to go to the extent of using this weapon of terror to wipe out human beings but claims to call itself the champion of peace is the US Government.

Is it not time the American public thought about the lives of other humans just as how the British public have risen to the occasion and are not allowing their Government to attack Syria. Whether President Assad is a dictator or not what we need to think is that in all of the military interventions that have taken place it is the civilians that have ended up jumping from the frying pan into the fire and the US has been behaving like a bull in a china shop.

As for the allegation of chemical usage in Syria, Syrian rebels in the Damascus suburb of Ghouta have admitted to Associated Press correspondent Dale Gavlak that they were responsible for last week’s chemical weapons incident which western powers have blamed on Bashar Al-Assad’s forces, revealing that the casualties were the result of an accident caused by rebels mishandling chemical weapons provided to them by Saudi Arabia. http://www.infowars.com/rebels-admit-responsibility-for-chemical-weapons-attack/

Who are supporting these Syrian ‘rebels’ – incidentally these ‘rebels’ are NOT natives but are ‘mercenaries’.

The tiny gas-rich state of Qatar has spent as much as $3bn over the past two years supporting the rebellion in Syria, far exceeding any other government, but is now being nudged aside by Saudi Arabia as the prime source of arms to rebels.

According to the Stockholm International Peace Research Institute, which tracks arms transfers, Qatar has sent the most weapons deliveries to Syria, with more than 70 military cargo flights into neighbouring Turkey between April 2012 and March this year

‘many rebels in Syria’s Aleppo province received a one off monthly salary of $150 courtesy of Qatar. Sources close to the Qatari government say total spending has reached as much as $3bn’.

Even the US has been shipping weapons to rebels in Syria via NATO-member Turkey and Jordan since at least early 2012. What can we say when US is handing arms to an organization that it has banned as a terrorist (Qaeda’s Syrian franchise, US designated terror front, Jabhat al-Nusra)? How could civilized nations support groups that have killed Syrian soldiers and eaten their hearts seen via video footage? What is the logic the US can say of fighting the Al Qaeda by arming the Al Qaeda in Syria? Obama administration’s pledged to provide an additional $123 million in aid, which may include for the first time armored vehicles, body armor, night vision goggles and other defensive military supplies.
Read more: http://www.foxnews.com/politics/2013/04/21/us-doubles-aid-to-syrian-rebels-who-want-more/#ixzz2eDZImivX. If so can democratic countries hold talks with the US at diplomatic levels if its policy also includes arming rebels and even mercenaries? When US, UK and France goes the length and trains Syrian rebels in Jordan does that not cross the red line of civility especially when last October the Pentagon confirmed that a small group of US special forces and military advisers had spent the summer in Jordan training the country’s military to act in case Syria used its chemical weapons – does this not equate to mean that chemical weapons was to be what WMDs was to Iraq to facilitate the Iraqi invasion? Why would western media attempt to hides the fact that these civilized nations along with friends in the Middle East are breaking international Geneva Laws?

All that needs to be said at this stage of the situation is that for whatever the reasons there should be no more bloodshed and no nation should sponsor or supervise killing of people. We have had enough of death and destruction in this world of supposed ‘humans’ and our society is degenerating. Let the soldiers defend the nation from aggressors – soldiers should not be ordered to be the aggresors and politicians have no right to manipulate people, their lives or nations to suit their agendas. Force should be used when attacked in self-defence and no country has any right to go bombing other nations for whatever reasons it concocts and spreads using mainstream media.

We need more peace, compassion and respect for not only human beings but all sentient beings as well.

1 Response to Syria: If Obama and others want wars – let them put their boots and fight

Home » Syria: If Obama and others want wars – let them put their boots and fight