Taming the Tamil Tigers: From Here in the U.S (says FBI) 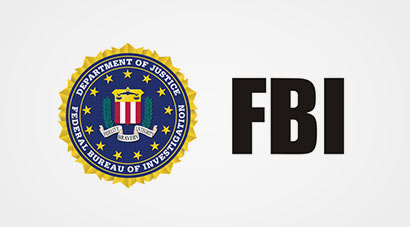 Appearing on the 1st October 2008 website of the US Federal Bureau of Investigation is a request by the US to Tame the Tigers from the US. The brief describes LTTE’s resume as perfecting the use of suicide bombers, inventing suicide belts, pioneering the use of women for suicide attacks and FBI says that the LTTE has been the only terrorist organization to assassinate two world leaders. The FBI describes the LTTE as ‘the most dangerous and deadly extremists in the world’ and affirms that its ultimate goal is to seize control of the country from the Sinhalese ethnic majority and create an independent Tamil state. The FBI asks an important question ‘WHY SHOULD YOU CARE?’ and the FBI says that the US should care because LTTE’s ‘ruthless tactics’ have inspired terrorist networks worldwide including the Al Qaeda in Iraq but the most reason the FBI says is because the LTTE has ‘placed operatives right here in our own backyard’ who are ‘discreetly raising money to fund its bloody terrorist campaign overseas including purchases of weapons and explosives’. What an admission from the FBI ! The US, it has to be acknowledged has clamped down on LTTE operatives in the US and Canada but the key brains holding US citizenship now declared banned by the GOSL remains to be held accountable for material support towards an internationally banned terrorist group. This is a perfect opportunity to at diplomatic level to push for further action against all the 16 organizations declared banned under the USSC Resolution 1373 and the over 400 individuals banned under the same resolution.

Karunakaran Kandasamy (Karuna) was arrested in Queens, New York in 2004.

US Attorney Ms Roslyn R Mauskof said “As alleged in the complaint, for years the LTTE has covertly operated within the United States drawing on America’s financial resources and technological advances to further its war of terror in Sri Lanka and elsewhere,” ….”We refuse to allow this to continue.”

Mark J. Mershon, Assistant Director-in-Charge, Federal Bureau of Investigation, New York Field Office, stated, “Financial backing, assistance with logistics, and other forms of material support have a direct bearing on the viability of a terrorist organization’s lethal objectives. Karuna hasn’t merely supported the Tamil Tigers’ cause, he orchestrated U.S. support. We can no sooner allow terrorists to raise funds here than we would allow them to carry out acts of terrorism here.”

Note: Karuna was freed in 2012 after serving 5 years in prison

US has also indicted 11 other defendants. 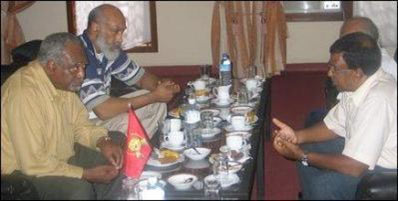 Meeting LTTE leaders in the Wanni with an Eelam Flag

The FBI reinstates that LTTE as a foreign terrorist organization makes its activities in the US illegal. If the FBI says that it is ‘determined to stop them, using the full range of our investigative and intelligence capabilities’ with the USSC Resolution 1373 used to ban the 16 organizations and over 400 individuals it is a good time to locate the names listed as those living in the US and investigate them for their material support for the LTTE starting with the TGTE leader V Rudrakumaran.

The best part of the appeal by the FBI were the words ‘You can help by being careful with your donations’. The FBI says that ‘like other terrorists, the Tigers have raised funds under a variety of cover organizations, often by posing as charities – we know what those charities are and US has even banned TRO (Tamil Rehabilitation Organization).

The FBI also asks that the American public ‘report any suspicious activities’ to the local field office or anonymously through the FBI website.

The FBI request was made in 2008. It is a good start for the Sri Lankan authorities now that the GOSL has proscribed LTTE fronts and named individuals supporting terrorism. Virtually all those named are foreign passport holders living in Western shores or those claiming asylum with solicitors now charging fees for an innovative way to secure asylum – charge to be tortured in the countries where asylum is sought and medically support it by endorsing it as ‘recent’ and immediately equating it to claim the Sri Lankan security forces did it!

What needs to be now said is that the LTTE Tamil Diaspora Organizations masquerading as charities and human rights advocates need to be now held accountable for financing the brutal terror that LTTE unleashed upon the people of Sri Lanka.

Every member of these LTTE fronts need to be held accountable. They have been living luxurious lives overseas, educating their children, raising funds through false propaganda and sending money to purchase arms/ammunition from which LTTE killed. The lies lasted 30 years. Now justice needs to be seen to be done and not only said. The foreign governments have a major role to play if they are sincere about ‘war on terror’.

The full article in the FBI Website of January 2008 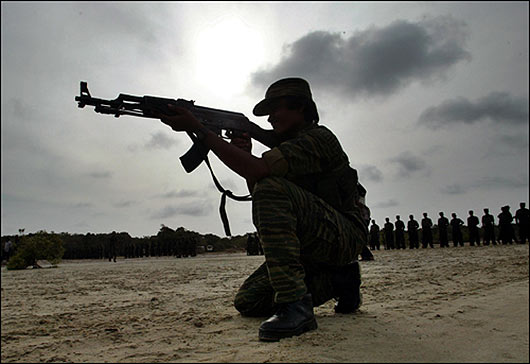 As terrorist groups go, it has quite a résumé:

No, it’s not al Qaeda or Hezbollah or even HAMAS. The group is called the Liberation Tigers of Tamil Eelam (LTTE) or the Tamil Tigers for short.

Needless to say, the Tamil Tigers are among the most dangerous and deadly extremists in the world. For more than three decades, the group has launched a campaign of violence and bloodshed in Sri Lanka, the island republic off the southern coast of India.

Its ultimate goal: to seize control of the country from the Sinhalese ethnic majority and create an independent Tamil state. Along the way, it has launched suicide attacks, assassinated politicians (including a government minister this week and even the Sri Lankan President), taken hostages, and committed all of kinds of crimes to finance its operations. The resulting civil war has taken the lives of nearly 70,000 Sri Lankans on both sides of the conflict since 1983 alone.

Why should you care? Certainly because of the suffering and bloodshed that the Tamil Tigers have caused. And because its ruthless tactics have inspired terrorist networks worldwide, including al Qaeda in Iraq. But also because the group has placed operatives right here in our own backyard, discreetly raising money to fund its bloody terrorist campaign overseas, including purchases of weapons and explosives.

The U.S. government has designated the Tigers a foreign terrorist organization, so their activities here are illegal. And we’re determined to stop them, using the full range of our investigative and intelligence capabilities.

In April, for example, we struck an important blow when our Joint Terrorism Task Force in New York arrested the alleged U.S. director of the Tigers. The man supposedly held several fundraising events at a church and various public schools in Queens and in northern New Jersey in 2004. He is also accused of arranging high-level meetings between the group’s leaders and U.S. supporters.

We’ve also arrested another 11 Tamil Tiger-related suspects in the New York City region. And in Baltimore, following a multi-agency investigation, a pair of Indonesian men pled guilty and were sentenced recently for working with others to export surface to air missiles, state-of-the-art firearms, machine guns, and night vision goggles to the Tigers in Sri Lanka.

You can help by being careful with your donations. Like other terrorists, the Tigers have raised funds under a variety of cover organizations, often by posing as charities. A great deal of money, for example, was raised for the Tigers following the 2004 tsunami that devastated Sri Lanka and many other countries.

And please report any suspicious activities to your local field office or anonymously through this website.

Home » Taming the Tamil Tigers: From Here in the U.S (says FBI)