The 16th World Conference on Youth commenced in Hambantota 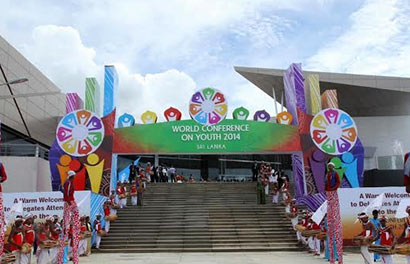 The 16th World Conference on Youth 2014 commenced this morning (06 May) at the Magam Ruhunupura International Convention Center in Hambantota on a grand scale under the patronage of President Mahinda Rajapaksa.

President of the United Nations General Assembly Dr. John William Ashe and special envoy on Youth Affairs of the Unite Nations Secretary General Ban Ki Moon, Ahamad Al Hendavi were among the special guests. Ministers of Youth Affairs from 27 countries, special diplomats and representatives from youth organizations in 118 countries have participated in the today’s opening ceremony of the conference.

The objective of this event is to strengthen the youth to face the global challenges in the coming decade. The theme of the Summit is “Securing the contributions of the youth for the post 2015 Millenium Development Goal”. This is the first time the World Youth Conference is being hosted by an Asian country. The main session of the conference will be held at the BMICH, Colombo from tomorrow to 10th of this month.

The President arrived at the venue accompanied by First Lady Shiranthi Rajapaksa amidst beating of traditional auspicious drums. After lighting of the traditional oil lamp the opening remarks were delivered by the Sri Lanka UN Youth Delegate 2012, Miss Jayathma Wickramanayake. She said that the youth delegates will be representing two billion of young people not only in Sri Lanka but over the globe who are left voiceless.

The United Nations General Assembly President Dr. John W. Ashe and UN Secretary General’s Envoy on Youth Ahmad Al Hindawi also addressed the conference. Thereafter launching of the theme song took place with the participation of Bathiya, Santhush and a group of artistes. The guests also joined the group with much enthusiasm.

Addressing the conference, President Rajapaksa extended his well wishes to all the participants and the 16th World Youth Conference being held in Sri Lanka. He said that holding this summit in Sri Lanka is well timed and that the young generation has a special responsibility at a time peace has been established in the country and it is rapidly moving forward for massive development and reconciliation. Sri Lanka gained peace after ending 30 years of brutal terrorism. The terrorist menace which led to the war subjected the youth of this country to much suppression and hardships. However, the development era has now dawned. The theme of the summit reflects that this century belongs to the youth and it is the century of knowledge. President Rajapaksa emphasized that the summit will give priority to realize the objectives of this theme.

In his official message issued for the conference, the President has stated that it is the policy of the Sri Lankan government to respect the ideas and opinions of the youth and to give priority for their development. The youth of the contemporary period has become able to travel to various countries simultaneously due to the progress being achieved in the information technology sector. The President also states that he welcomes with much delight all the delegates who will be attending the summit.

An important document titled “Colombo Declaration” will be announced at the end of the conference. All the decisions taken at the conference will be included in this declaration. Minister Dallas Alahapperuma said that this declaration will be different from the traditional declarations announced in the previous summits. He said that in the previous summits the declaration was prepared by the relevant policy formulators. The Minister said that however this time the declaration will be formulated by policy formulators after having a wide dialogue with the youth delegates. Dr. Palitha Kohona has been appointed as the main mediator of this task. The Colombo Declaration will be used as a basis for global dialogues on the youth in the future. Already several international organizations have requested for copies of this declaration. In addition to this President Mahinda Rajapaksa will present this Declaration at the forthcoming 69th UN General Assembly Session.

Meanwhile a national programme is being implemented under the title ‘World Conference on Youth to the Villages’ in the nine provinces in Sri Lanka. This programme will discuss on how the Colombo Declaration could be utilized to suit the youth. Minister Alahapperuma further said that accordingly the 16th World Youth Conference will be a significant summit locally as well as internationally. Academics say that world youth conference will help Sri Lankan youth to obtain international support to overcome future challenges and also to showcase its skills and potentials to the international community. They further said this conference is an ideal opportunity to prepare international guidelines with regard to the youth affairs, education, health, culture, economy and many other sectors.

Meanwhile, the Police Department informed that a contingent of 8,000 Police officers have been deployed for the security of the Summit and the delegates. They have been deployed from Colombo area and other areas in which summit activities will be held. 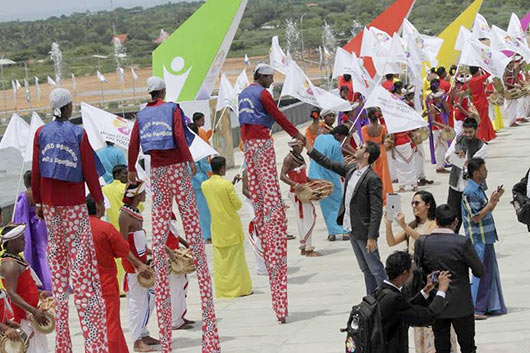 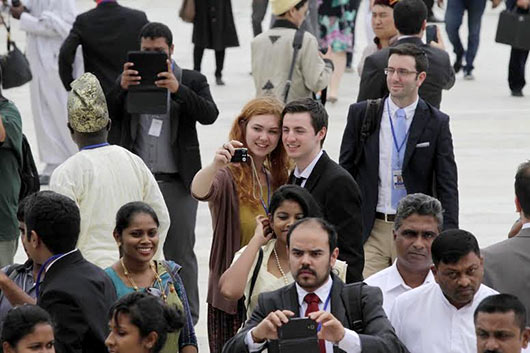 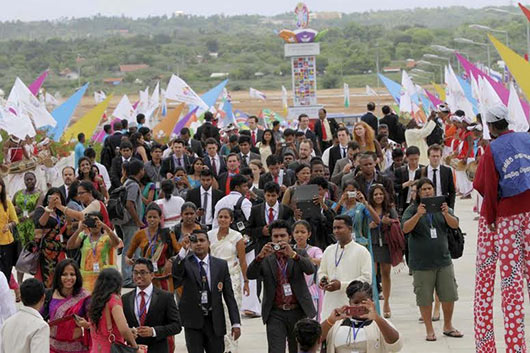 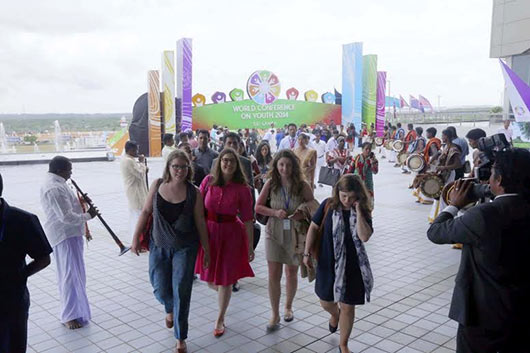 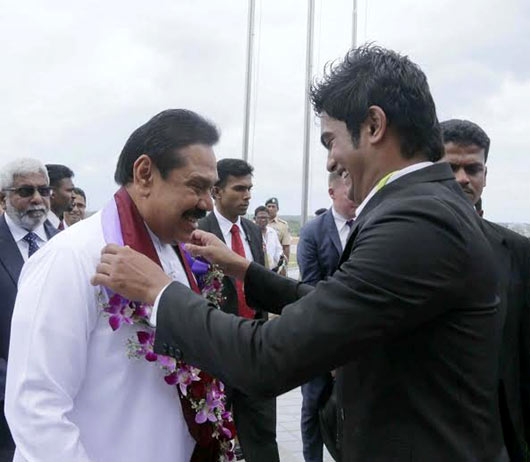 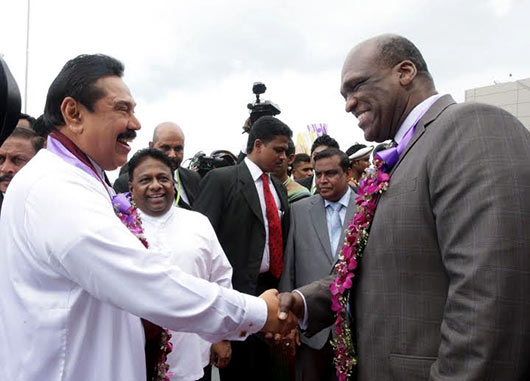 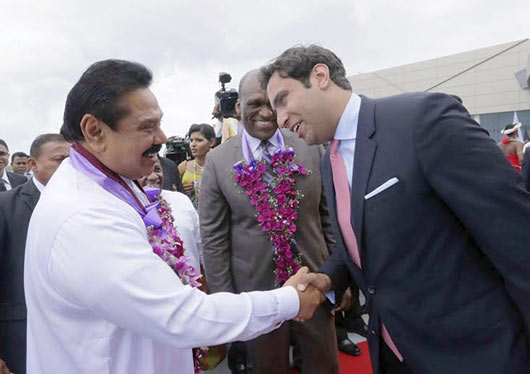 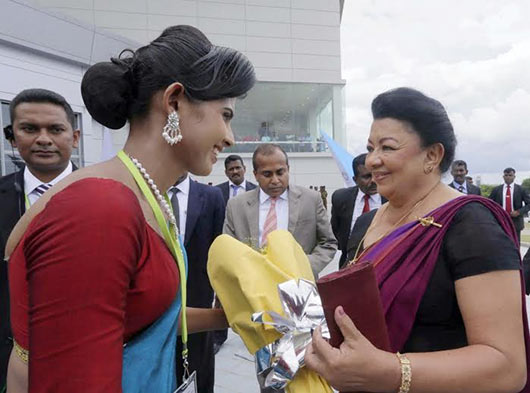 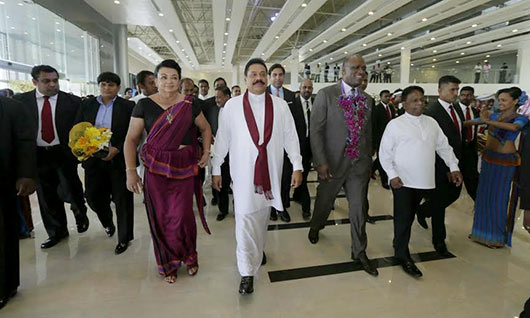 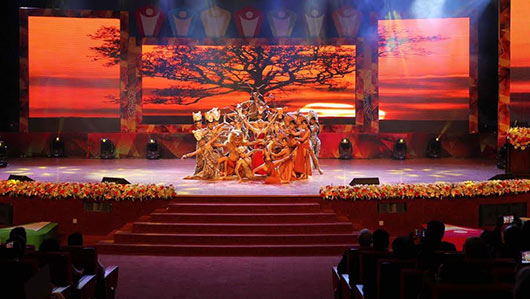 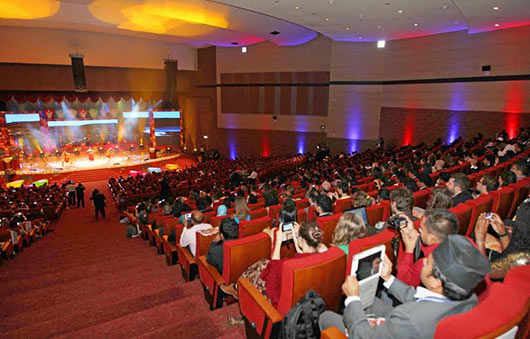 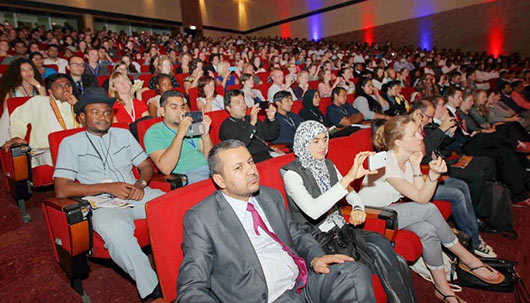 Home » The 16th World Conference on Youth commenced in Hambantota