The Role of a Diplomat for International Relations 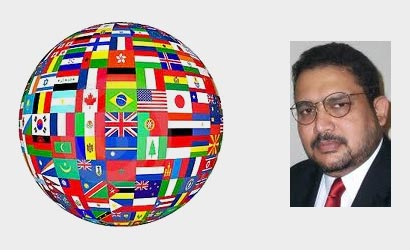 Diplomats do a very important job for their countries. Almost every country in existence has  diplomats who are sent out to various countries for the purposes of negotiating and mediating relations between the two governments.

The main meeting place for diplomats is at the United Nations building in New York City, but they occur in embassies all over the world, and between most nations. It is good for people to understand foreign policy, because very often it can play an important role in the news.

A diplomat lives in the country that he is trying to communicate with. They are placed in strategic locations that are close to many local government buildings, allowing all diplomats to quickly establish contact and begin their jobs of speaking with the foreign rulers. They are also granted something called diplomatic immunity to protect them while in a foreign country, and to allow them to do their job well.

Usually a diplomat’s main goal is to simply maintain good relations with the country in question. By speaking with the leaders and establishing a friendly relationship, a diplomat not only establishes himself as a trustworthy person, but also builds trust in his own country. This could even be for the ultimate goal of establishing a treaty or becoming allies. Usually much of the communication will cover issues such as foreign aid, and what exactly watch country expects of the other. If done correctly, diplomacy is a great way for countries to get every single issue out on the table and establish a great relationship.

Unfortunately few career Diplomats are selected go overseas. Political appointments have seldom proved successful due to lack of expertise. In most countries a non career diplomat is given basic training on the etiquette of diplomacy and international relations. One should take a class on foreign policy. Some people find this boring, but if one is interested in how countries interact with each other it will surely find the classes on foreign policy to be intriguing. With the proper education, one could probably become a diplomat  and get involved with one of the most important aspects of the government.

Duties of a Diplomat

What Are Diplomatic Roles?

Some country’s diplomats take on many roles within the Foreign Service.

Diplomats in the Foreign Service perform multiple duties on behalf of their respective countries while serving abroad. The Foreign Service separates its officers into five separate career subjects, called cones. Officers choose their cone at the beginning of their career and cannot shift to another. Each cone has specific responsibilities abroad, from helping their respective country’s citizens to working with foreign governments to managing embassies and consulates.

The duties of a UN Diplomat

A diplomat at the U.N. has a multi-faceted role. The diplomat’s duties include:

U.N. diplomats perform their duties at the U.N. through intense communication and regular contact with other delegates. The exchange of information allows diplomats to parade their interests in the hope of finding endorsement by others. Cliques abound and caucuses emerge as the political landscape at the United Nations changes in response to international political events. Information and knowledge are the most important tools of a diplomat. The most influential diplomats are recognized for their particular talents in communications, analysis and judgement.

Information gathering constitutes an important part of a diplomat’s daily routine. All diplomats analyze the atmosphere at the U.N. where they frequently encounter new trends and developments in the multilateral sphere. They provide their foreign ministries with information that facilitates the formulation of foreign policy, and in turn utilize this same information to pursue new opportunities in their efforts to achieve national objectives. Accurately analyzing, interpreting, and predicting trends requires expertise in the substance of the issues at the United Nations, as well as a certain amount of intuition. However, even the most intuitive diplomats must have some ability to judge the political implications of their analysis. Also, they should have exceptional knowledge of the institutions and fora of the U.N. as well as the political realities outside of the United Nations, to be successful.

Effective diplomats spend considerable time preparing for the arduous work they face at the United Nations. The milieu of a U.N. diplomat involves a complex mixture of issues and personalities and involves constant adjustment to the fast pace of the U.N. diplomatic scene. Diplomats need to know who are the important players on an issue, and how to find opportunities to influence or become involved with those “calling the shots“.

When a diplomat’s government decides to take the initiative or assume leadership on an issue, he or she us expected to know where contentions lie and with whom to discuss the matter. Of course, the most important people to negotiate with are individuals who can deliver votes or exert influence on a given resolution or issue. Networking is thus an essential part of a U.N. diplomat’s professional life. If a diplomat lacks the skills to build networks and relationships, he or she will find it difficult, perhaps even impossible, to effectively realize his or her government’s instructions and foreign policy objectives.

Obviously, no one can be everywhere and do everything at once, so knowing where and when to sacrifice attention is essential. An experienced diplomat compensates by structuring relationships within the missions, the delegations, or the caucus groups so that other can fill any gaps. Yet it is difficult and time-consuming to develop these relationships unless one has a good insight into human nature and considerable international experience to know what works and what does not. Many countries have a small diplomats staff in their missions. This adds to the already heavy workload of the men and women representing these countries at the U.N. In the case of the smaller missions, the diplomats are forced to carefully select the issues and meetings they will deal with. It is common not to have enough personnel to make individual assignments to an issue or committee, but instead to have each staff member cover several issues at the same time.

Home » The Role of a Diplomat for International Relations