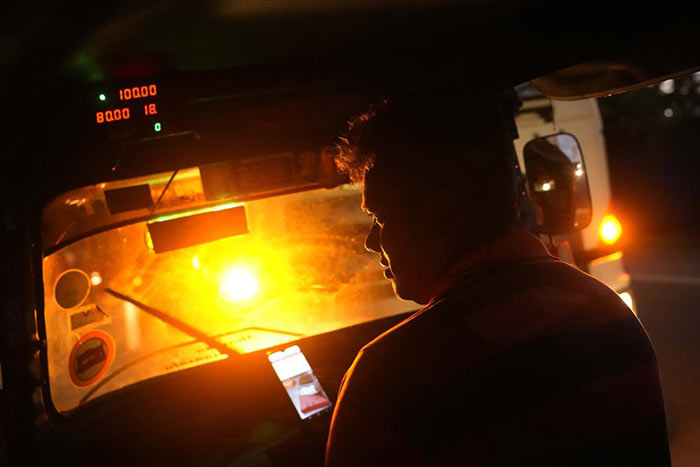 Sky-rocketing food and fuel prices in Sri Lanka have precipitated the worst political unrest in the South Asian country in years, as tens of thousands of demonstrators march for change on empty stomachs. With the government teetering alongside its economy, the international community must take urgent action to help stabilize Sri Lanka, where domestic challenges have a history of going global quickly.

Sri Lanka is on the brink. Last month, the country became the first in South Asia to default on its debt repayments for two decades. With an estimated foreign debt of more than $50 billion, the government has admitted it is now hard to scrounge even $1 million in foreign reserve currency with reserves having fallen to their lowest ever levels. Inflation skyrocketed to 30 percent in April, the highest in Asia—sending prices soaring on rapidly diminishing supplies of basics such as food, fuel and cooking stoves. An economic crisis is now a public health calamity. Dwindling medical supplies are forcing physicians to make heart-wrenching choices as many families struggle to pay the rapidly escalating cost of scarce prescription drugs. A country that aspired to be the next Singapore is now looking at a Lebanon-style collapse, with the Sri Lankan rupee the worst performing currency in the world.

Like many countries, Sri Lanka is still suffering shocks from the COVID-19 pandemic, particularly to its historically vibrant tourism sector, as well as inflation brought on by Russia’s invasion of Ukraine. However, Sri Lanka’s economic vulnerability to these events is also the consequence of years of wrong-headed economic policy, disastrous agricultural decision-making and an over-reliance on Chinese infrastructure spending.

Having cut taxes unsustainably for years, Sri Lanka’s government is starved for revenue and its rating was consequently downgraded, cutting the country off from international debt markets. Sri Lanka’s gross debt rose from 91 percent of annual output in 2018 to 119 percent in 2019, according to the IMF. Making matters worse, Sri Lanka was facing a self-inflicted food supply crisis long before the Russian invasion, with the government having unilaterally cut Sri Lanka off from basic fertilizer imports to save money, instead resulting in reduced crop yields. As crop yields have fallen, rice imports to Sri Lanka have surged 368 percent, according to the UNDP. Finally, lucrative Chinese loans instilled a culture of corruption in the government. And now, the chicken is coming home to roost for Sri Lanka’s extensive ties with China, as Belt and Road Initiative (BRI) infrastructure loans totaling as much as $3.5 billion at high interest rates fail to deliver returns. 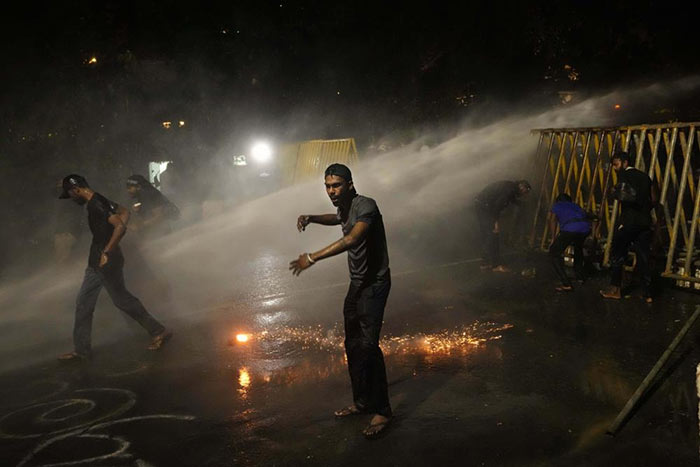 Not unlike recent demonstrations in the Middle East against corruption and economic mismanagement, multinational demonstrations in Sri Lanka in response to this perfect storm appear to represent a wide cross-section of what has historically been a sharply divided society. Political independents, students and liberally-minded youth are leading the call for change in Sri Lanka. Organizing pop-up universities and community food hubs, there is room for optimism where a population historically divided along ethnic and religious lines is uniting for a better future.

In Lebanon’s recent elections, independents were some of those returned to parliament. In like manner, Sri Lanka’s popular movements should channel energy into conventional politics with a view to increasing representation for pragmatic progressives. Unrest could be an opportunity for Sri Lanka to reset and secure its future for the next 50 years.

However, the grievances now driving these popular movements are as much a possible threat as an opportunity. In a country where Islamist extremism has already killed hundreds and where historic Tamil grievances remain largely unaddressed, economic and political instability will offer an enticing seedbed for destructive ideologies and influences. During Sri Lanka’s civil war, the Tamil Tigers were one of the most internationally ubiquitous terrorist groups. Pioneering modern suicide bombing, political extremism in Sri Lanka has often found its way to foreign shores.

The international community needs to pay attention to the crisis in Sri Lanka, and the potential for renewed terrorism is not the only reason. As in other countries, Sri Lanka’s reliance on investment from China has left it vulnerable, as the country goes cap in hand to the IMF. Sri Lanka is far from the only emerging country over which China is exercising strategic financial leverage. Private bondholders and China have gone from holding 5 percent of debt among poorer states in 2006 to 29 percent. Rather than turning its back on countries burned by Chinese debt-trap diplomacy, the West should use growing skepticism about China’s role in emerging countries as a window of opportunity to reinvest in countries such as Sri Lanka.

What Sri Lanka needs is responsible government and sustainable international investment. The U.K., once Sri Lanka’s most important bilateral partner, should join with the U.S., India and other “quad countries” to provide urgent bridge funding to stabilize the country and offer a coherent competitive alternative to investment dependency on China.

Matt Godwin is a program lead at the Tony Blair Institute for Global Change. He has published on the internationalization of Sri Lankan politics, including in an upcoming book. His Twitter is @mkgodwin.

The views expressed in this article are the writer’s own.