There is no controversy between the Rajapaksa brothers – Mahinda Rajapaksa 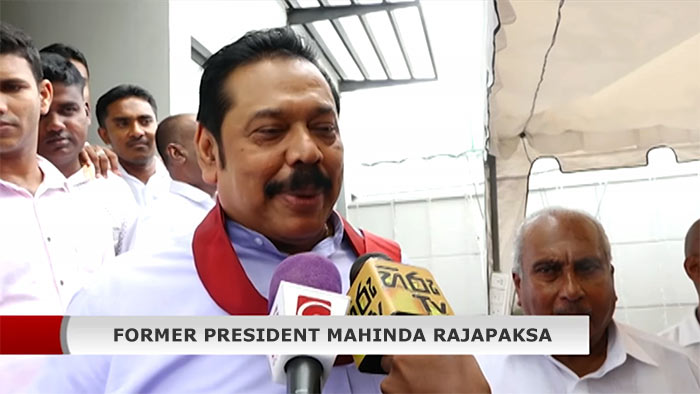 There is no controversy between the Rajapaksa brothers as some say, said the former President Mahinda Rajapaksa.

He made this comment in response to a question raised by a media personnel after a religious program at the Thimbirigasyaya Sama Viharaya, this morning (13).

Speaking further, the former President said that through the Singapore-Sri Lanka Free Trade Agreement any sort of person can enter the country and this would also have an impact upon the culture.

Home » There is no controversy between the Rajapaksa brothers – Mahinda Rajapaksa