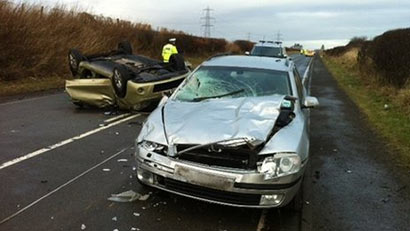 The British Buddhist community was shocked on Christmas eve when they heard the sad news of three Buddhist monks have been killed in a head-on car crash on the A68 in the east of Scotland. The two car accident happened about ten miles south of Edinburgh and 1.5 miles (2.4 km) south of Pathhead, Midlothian, on 24 December at around 7.30am.

One of the cars, a gold coloured Nissan Note, was carrying five people including Buddhist monks ended up on its roof. Three male backseat passengers in the car, who were all Thai origin Buddhist monks, died at the scene. The female driver of the Nissan managed to get herself free before emergency services arrived. The male front seat passenger in the vehicle was cut out of the wreckage by fire crews. Three male passengers sitting in the back of the Nissan died at the scene, Lothian and Borders Police confirmed.

Ven Phramaha Pranom Thongphaiboon,the abbot of Wat Buddharam Thai Temple and Cultural Centre in Aberdeen, Scotland is one of the leading Buddhist monks in the UK. Ven Phramaha Chai Utamedhi is residing monk at Wat Buddhapadipa temple in Wimbledon, South London. Ven Phramaha Kringkai is also from Wat Buddhapadipa.  He had only been in England since Friday 21 December.

The Nissan was heading north when it was involved in a crash with a Skoda Octavia being driven in the opposite direction. The two survivors from the Nissan were taken to the Edinburgh Royal Infirmary and treated for injuries not believed to be life-threatening, Lothian and Borders Police said. The Skoda’s male driver was also taken to hospital, but did not suffer serious injury.

The A68 was closed near the scene of the crash to allow police to carry out a crash investigation and re-opened later.

Inspector Simon Bradshaw, of Lothian and Borders Police, said: “This is a tragic incident, and we are currently in the process of carrying out inquiries in order to establish the full circumstances of the collision.

“At this time, I am appealing to anyone who noticed the gold coloured Nissan Note or the silver Skoda Octavia on the A68 this morning, to get in touch.”

An emergency meeting was called at Wat Buddhapadipa temple just after the sad news to decide how to go forward from this tragic incident.

Meanwhile Sri Lanka Sangha Sabha has saddened about the tragic incident that claimed valuable lives of three Buddhist Monks and issued a condolence message. Ven Bogoda Seelawimala Nayaka Thera, Head of the London Buddhist Vihara and the President of the Sri Lanka Sangha Sabha has requested the members of the Maha Sangha and devotees to visit the Wimbledon Temple and pay their respect to the late monks to show heartfelt solidarity at this difficult time.

They will gather at Buddhapadipa temple, Wimbledon on Thursday 27 December (today) at 4.00pm to express their deepest condolences and do chanting as a group of Sri Lankan monks. Wimbledon Temple continues to host a special service every day evening with chanting to transfer pure thoughts and merits to departed monks. Funeral arrangements will be announced later. 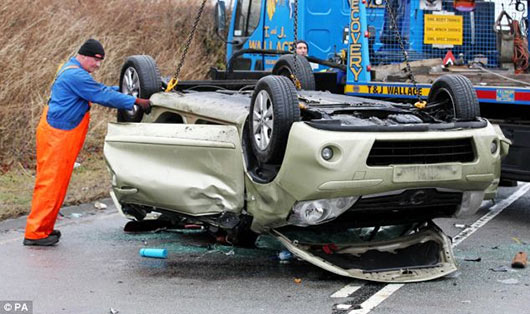 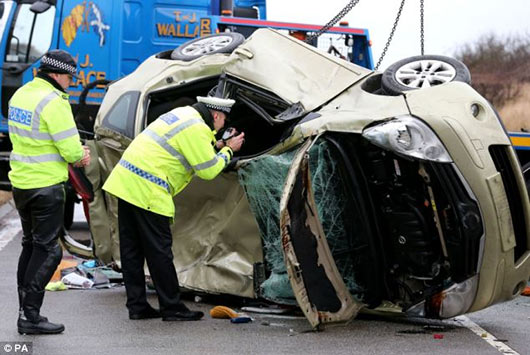 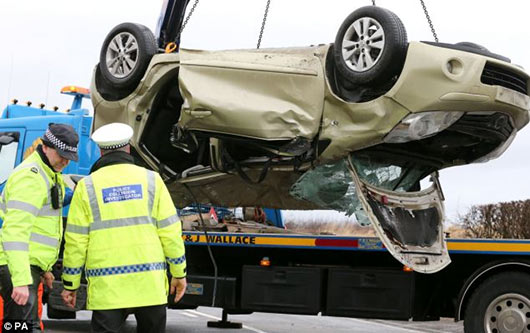