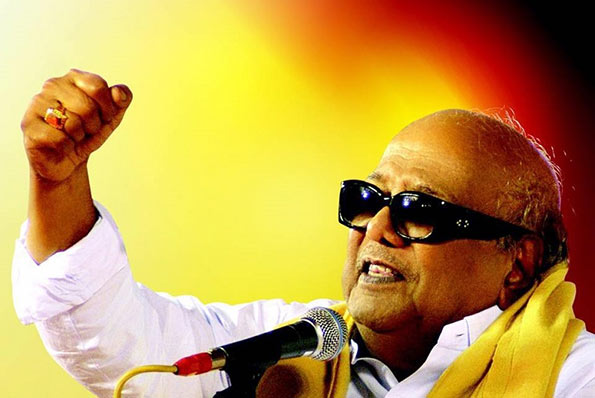 DMK and MDMK today expressed concern over Sri Lankan President Maithiripala Sirisena’s reported statement that his country’s new constitution will not have the concept of ‘Federation,’ saying it will affect the ethnic Tamils.

Seeking India’s intervention in the matter, DMK President M Karunanidhi said Sirisena had in a recent meeting of the Sri Lanka Freedom Party (SLFP) ‘categorically’ stated that “there will be no place” for the concept of Federation in the new Constitution that seeks to replace the one adopted in 1978 by the island republic.

“If the doors of Federation are not opened and rights not devolved, how can Tamils live with dignity, relief and equality. Sirisena’s announcement that there will be no possibility for federation amounts to rubbing salt to injury,” he said in a statement.

He said demands were being made for the well-being of ethnic minority in Sri Lanka which included withdrawal of army from Tamil-speaking areas, efforts to trace missing persons from the community in the wake of the civil conflict and release of Tamil prisoners arrested during the 2009 internal strife among others.

Karunanidhi said that while the demands must be heeded, the new Constitution should also have provisions for equal treatment of Tamils.

The new Constitution should not act as a “balm” for them but should be like one being treated in the “intensive care unit,” and the “heritage community” should be given its due respect and recognition which alone would solve the “complex” problems of Sri Lanka, he said.

“Considering these, Prime Minister Narendra Modi should provide adequate guidelines for preparing the new Sri Lankan Constitution and pressure Sirisena (on this matter),” he said.

He reiterated his demand for conducting a referendum on the creation of Tamil ‘Eelam,’ a seperate homeland for the ethnic minority as the only solution.

He said India should take up the matter with Colombo during the ongoing two-day visit of External Affairs Minister Sushma Swaraj to Sri Lanka.