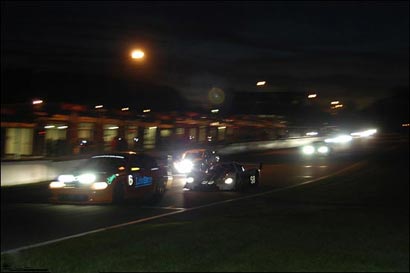 Roads in Colombo Fort, used as the track for the Colombo Night Race and several junctions to enter Colombo city, will be closed on December 16 and 17, from 6 pm to 6 am, on each day, the Police Public Relations Unit has announced.

Police Media Spokesman SP Ajith Rohana said that no roads will be closed during the day time on December 16 and 17. The temporary traffic plan will be used to minimize traffic congestion during the race hours.

Buses and lorries will not be allowed to enter Fort from 6pm to 6 am on the following day at Kollupitiya junction, Pittala junction, Ibbanwala junction, Gamini roundabout, Ceynor junction, Khan clock tower roundabout.

All vehicles will not be permitted to enter towards Colombo Fort from 6 pm to 6 am on the following day at, Galle Face roundabout, Regal roundabout, Khan clock tower, Olcott Mawatha, Ceynor junction.

They should proceed via Soyza roundabout, turn right at Ibbanwala junction go to Maradana junction and then via Technical junction to reach Fort and turn at Ceynor junction to return.

Vehicles heading towards Fort along other roads should turn at Ceynor junction and take the same route back.