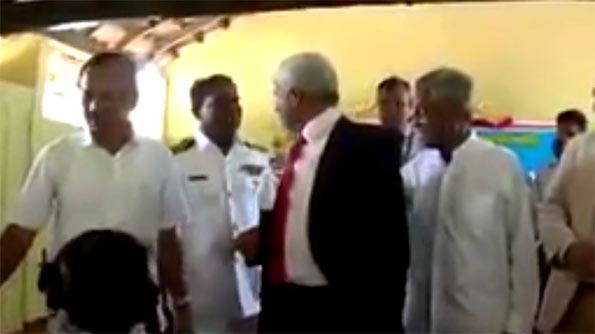 The Tri-Forces have decided not to attend any functions attended by the Eastern Province Chief Minister Nazeer Ahamed and has prohibited him from entering any of their camps.

The Eastern Province Chief Minister had verbally abused a Navy officer in public at an event held last week during the opening ceremony of a science lab and computer unit at the Sampur Maha Vidyalayam.

US Ambassador Atul Keshap was a guest at the event while Governor of the Eastern Province, Austin Fernando was the Chief Guest.

Footage showed the Chief Minister verbally abusing the Navy officer on stage at the event after accusing him of failing to understand protocol.