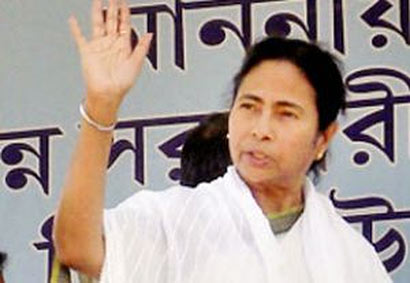 KOLKATA: UPA’s estranged ally Trinamool Congress chief Mamata Banerjee on Wednesday sprang a surprise by promising to support the Centre on whatever stand it took on Sri Lankan Tamils issue at the UNHRC.

“Our party supports the cause of the Tamil brothers and sisters. We are deeply concerned about the atrocities meted out to a section of Tamil population in a foreign country,” Banerjee wrote in a Facebook post.

“At the same time, on issue of external affairs or foreign policy our party never interferes whatever it (India) thinks fit for the interest of the country. We leave it to the central government to decide on the issue,” Banerjee said.

She said, “A government at the Centre may go and another government may come, but foreign policy is made keeping in mind the interest of the country.

“However, the concerns of the state and the sentiments of the people must be kept in view by the Centre, before taking any decision pertaining to foreign country,” she said. (Courtesy the Times of India)