Tunisian arrested at BIA with cocaine worth Rs. 180 million 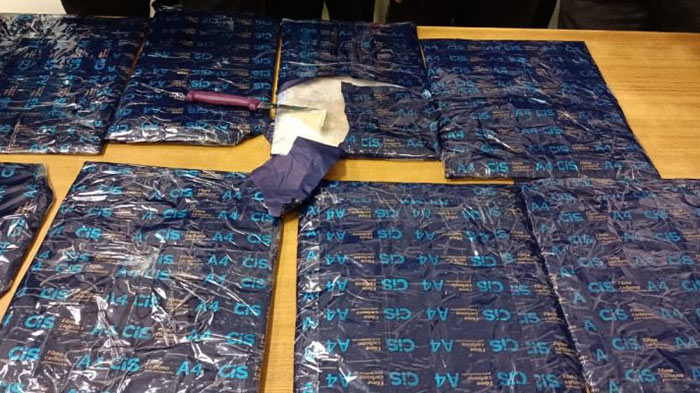 A Tunisian national was arrested with a stock of cocaine worth Rs. 180 million by the Customs Narcotics Division at the Bandaranaike International Airport.

The 59-year old suspect was arrested while concealing 4 kilograms and 527 grams of cocaine in his luggage.

The passenger, who had arrived in Sri Lanka from Doha via Brazil, had reportedly posed as a top official at an international financial institution while he had also presented several forged documents in relation to this to the Customs.

This is said to be the largest haul of cocaine brought into the country by an air passenger. The estimated street value of the seized drugs is around Rs. 180 million.

The arrested suspect and the seized drugs have been handed over to the Police Narcotics Bureau (PNB).

Home » Tunisian arrested at BIA with cocaine worth Rs. 180 million