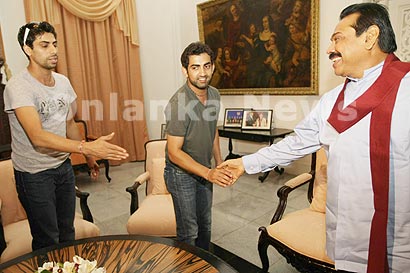 Indian opening batsman Gautam Gambhir and left-arm fast bowler Ashish Nehra met with President Mahinda Rajapaksa at Temple Trees on Monday evening after receiving Ayurvedic treatments in Sri Lanka. Both players who are playing for Delhi Daredevils received treatments in Sri Lanka for the injuries obtained while playing in the current IPL.

The two cricketers thanked President Rajapaksa when they met him at Temple Trees and also Doctor Eliyantha White for their speedy recovery. Gambhir and Nehra also thanked their team mate Tillakeratne Dilshan for recommending special Ayurvedic treatment in Sri Lanka and making arrangements for it through President Rajapaksa. 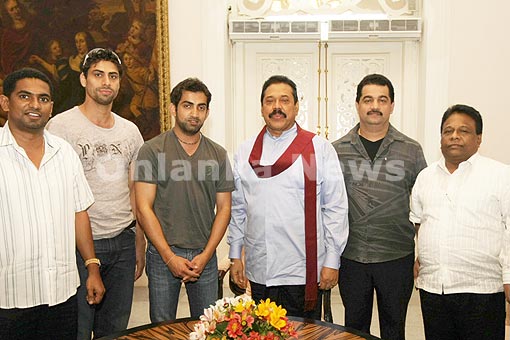