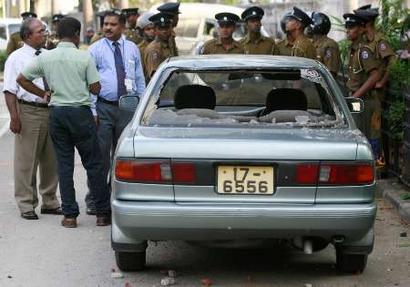 COLOMBO, Sri Lanka – An employee says an unidentified gang has attacked the head office of a private broadcasting company in Sri Lanka. Three employees were injured in the second attack on the broadcaster in just over a year.

Shevan Daniel, an employee of Maharaja Organization, says about 200 people suddenly gathered Monday outside the office in the capital Colombo and threw stones at the building.

Daniel said he did not know who the attackers were or what their motive may have been.