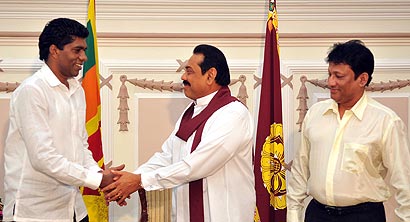 Two opposition parliamentarians Prabha Ganesan and P. Digambaram have crossed over from the opposition and joined the Government this morning (5th August) at Temple Trees .

Prabha Ganesan of Democratic People’s Front and P.Digambaram of the National Union of Workers Front contested the last General Election in April 2010 under the elephant symbol of the United National Front from Colombo and Nuwara Eliya districts respectively. According to the government information and President Media Unit, after a brief meeting with the President Rajapaksa today, both opposition MPs agreed to extend their support to the government.

However Prabha’s bother and the leader of the Democratic People’s Front Mano Ganesan was not present at this occasion. Former MP Mano Ganesan who campaigned with the opposition front against President Mahinda Rajapaksa lost in the last general election. 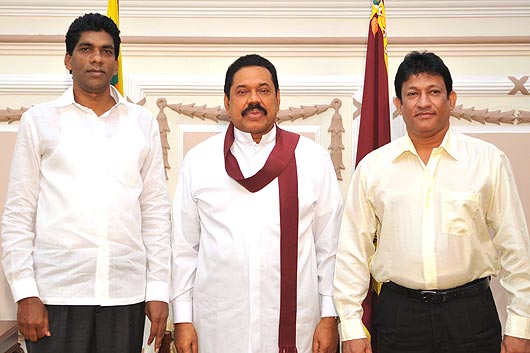