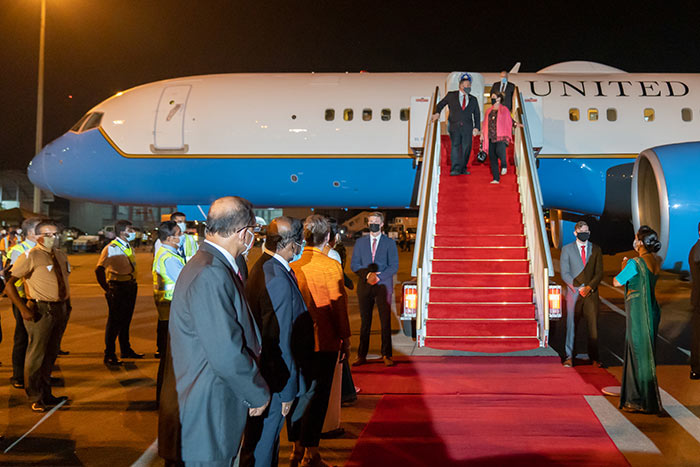 Secretary of State of United States, Michael Richard Pompeo (Mike Pompeo) has arrived in Sri Lanka a short while ago (27) for two-day bilateral discussions, says the U.S. Embassy in Colombo.

The Ministry of Foreign Affairs said the U.S. State Secretary undertaking this official visit to Sri Lanka on an invitation extended by his Sri Lankan counterpart, Foreign Minister Dinesh Gunawardena.

During his visit, Pompeo will hold official discussions with the Sri Lankan leadership.

The Foreign Ministry in a statement said, the discussions during the visit will cover several areas of the multifaceted engagement between the two countries.

Secretary of State Pompeo is the highest-level U.S. dignitary to visit Sri Lanka during US President Donald Trump’s term.

Thereafter, Secretary Pompeo will travel to Malé and Jakarta. 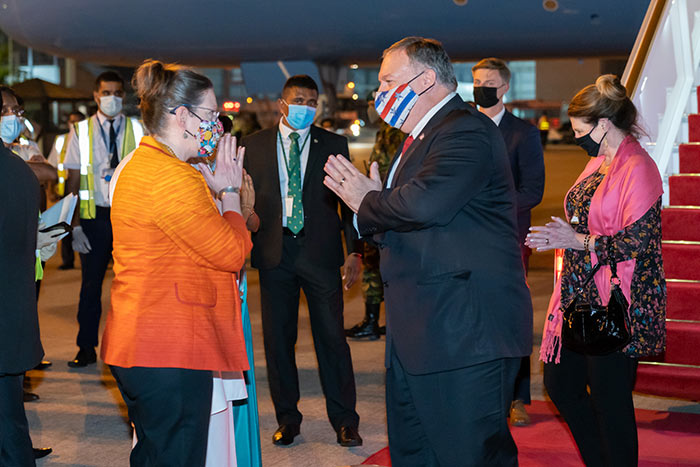