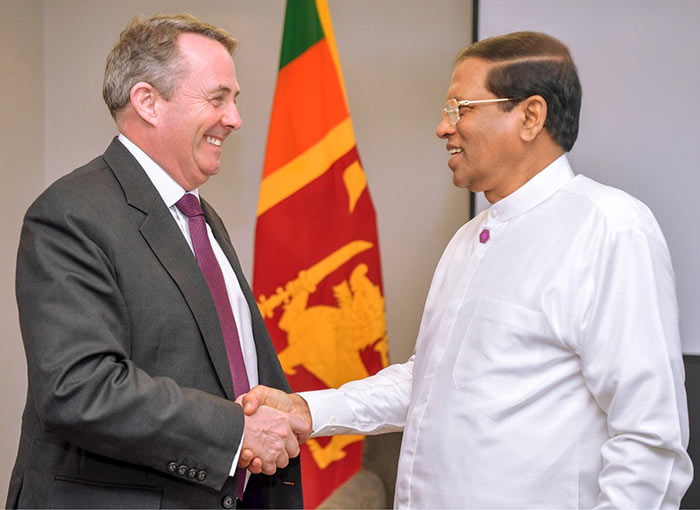 The United Kingdom’s Secretary of State for International Trade Liam Fox says that their government is ready for direct investments in Sri Lanka, while increasing the investments in the country.

He further said that the necessary process in this regard will be implemented in the near future.

He expressed these views during a meeting with President Maithripala Sirisena, who is in London to attend the Commonwealth Heads of Government Meeting (CHOGM), yesterday (18).

Discussions were held in detail regarding further strengthening the bilateral relations between the two countries in a way which will pave the way to expand new trade and investment opportunities, the President Media Division said.

Mr.  Liam Fox said that steps will be taken to include the new investment opportunities in Sri Lanka on the website of the UK’s Ministry of International Trade.

President Sirisena speaking further said that there has been an increase in foreign investments in Sri Lanka and significant progress has been made in the tourism sector too. The friendly foreign policy of the Government of Sri Lanka has made it possible to achieve victories for the motherland, the President added.

The President also appreciated the constant cooperation provided by the British government on behalf of  the development of Sri Lanka.