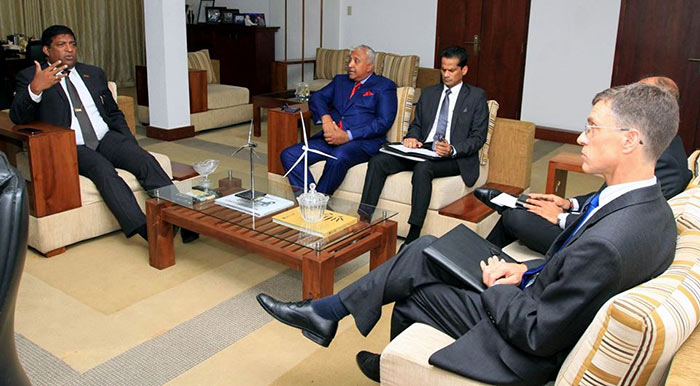 The United Kingdom has agreed to introduce a system to Sri Lanka to generate electricity using discarded materials as a solution for the possible power crisis that could take place in the future.

This was discussed at a meeting held between the Minister of Power, Energy and Business Development Ravi Karunanayake and the British High Commissioner to Sri Lanka James Dauris recently.

Issuing a press release, the Ministry of Power, Energy and Business Development said that the government has decided to heed low-cost, eco-friendly power generation to fulfil the increasing electricity demands and this new implementation can be regarded as a significant milestone in this regard.

He has further said that the government is currently looking for alternative low-cost energy sources.

Generating electricity using discarded materials can resolve the country’s power crisis as well as the issues in waste management, Minister Karunanayake has told the High Commissioner.

The High Commissioner has commended Sri Lanka for holding an optimal status in electricity supplying among the countries in the Asian region.

The cost-effective sources of energy generation used by Sri Lanka at present minimize the environmental damage and provide benefits to the customers as well, the High Commissioner added.