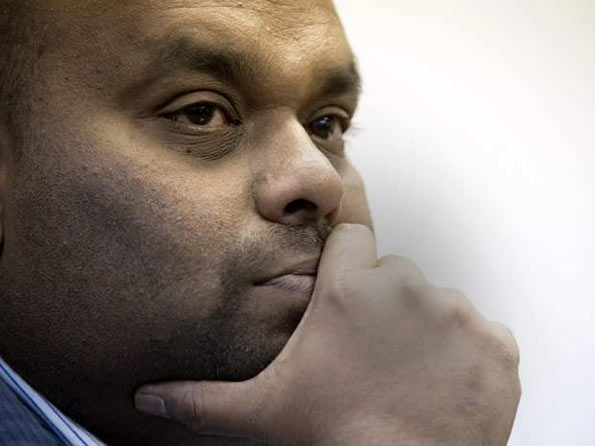 A Toronto man who was imprisoned and tortured while visiting Sri Lanka must be compensated for the abuses he suffered, the United Nations Human Rights Committee has ruled.

The decision calls for Sri Lanka to prosecute those responsible and “provide adequate compensation” to Roy Samathanam, a Canadian who had filed a complaint with the committee three years ago.

Samathanam, 46, called the ruling handed down in Geneva “a measure of justice” in a statement to be released Monday by the Canadian Centre for International Justice, which worked with him on the complaint.

The case is another rebuke of Sri Lanka arising from abuses committed by security forces during the country’s long civil war that ended in 2009 with the defeat of the separatist Liberation Tigers of Tamil Eelam rebels.

“We are thrilled with the committee’s conclusions,” said Matt Eisenbrandt, legal director of the CCIJ, which urged Sri Lankan to “immediately implement” the obligations set out in the decision.
A refugee from Sri Lanka, Samathanam traveled to Colombo during a 2007 lull in the country’s civil war to marry. But police raided his home and seized 600 mobile phones he had helped import from Singapore for a friend’s business.

He said after he refused to pay a bribe to police he was taken to a Terrorism Investigation Division detention centre, where he was branded a “Canadian Tiger” and subjected to abuses.

He was locked up under the authority of controversial anti-terrorism measures. The order authorizing his detention accused him of “acting in a manner prejudicial to national security.”

Initially accused of importing “high tech communication and radar equipment” for the Tamil rebels, he was later accused of plotting to assassinate VIPs. But it was all untrue, he said.

While in custody, he was handcuffed in painful positions, slapped, kicked, struck with rifles, beaten with pipes, threatened with death and told his wife would be arrested and raped unless he confessed.

He eventually pleaded guilty to a single count of illegally importing an electronic device and paid a fine. He returned to Canada in April 2011 and testified before the House of Commons Subcommittee on International Human Rights.

Allegations that Sri Lanka committed atrocities during the conflict have long been dismissed by the Commonwealth nation, but videos and photos that appear to show victims of executions have surfaced, along with first-hand accounts of rape and torture.