Unheeded to life threats, I lead the fight against drug menace for the future generation – President

Those who did not give their slightest support for the battle against eradicating drug menace during last four and half years are now trying to vilify me in the face of tough action now taken against drug kingpins, President Maithripala Sirisena said.

He said he will demand answers from them on what they have done to safeguard 300,000 youth who are addicted to drugs while they are in power or in opposition.

The President made these comments addressing the Western Province ceremony of the National Drug Prevention Week held at Sugathadasa Indoor Stadium yesterday (1).

President further said that he is leading the fight against the drug menace unheeded to life threats for the sake of the future generations.

Drug is the easiest method to destroy a nation, President pointed out while adding every citizen should perform his or her duty to free this country from illegal drug trafficking.

Certain international organizations attempt to intimidate Sri Lanka after the decision to re-enforce capital punishment against drug dealers. Though the assistance of global entities is required for the development of a country, nobody has the right to interfere in the domestic affairs or the sovereignty of a nation, President said.

The connection between illegal drug business and politicians is no secret and how many politicians do their duty to protect the nation against this threat is questionable, he said.

Explaining the interdependence between illegal drug trafficking and terrorism, President said there is a hand of international drug dealers behind Easter Sunday attack.

The National Survey Report on the prevalence of drug use conducted by the Presidential Task Force on Drug Prevention, National Dangerous Drugs Control Board and Sri Lanka Police was also handed over to the President.

Venerable Theros and other religious leaders, Minister of Health Dr. Rajith Senaratne and several other ministers, government officials, school and university students, officials of Security Forces and Police, representatives of community and civil organizations, detainees, participants of rehabilitation centers, drivers and assistants of Road and Passenger Transport Authority and many other representing various segments of the society attended this closing ceremony. 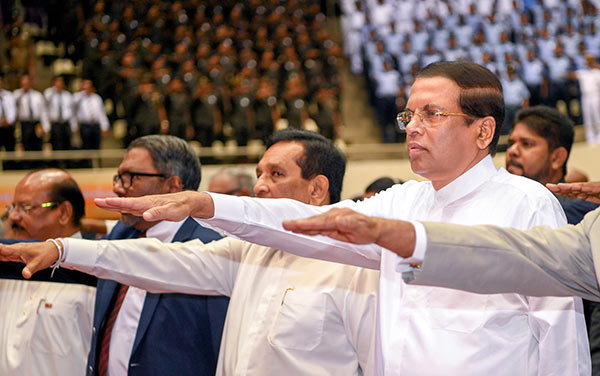 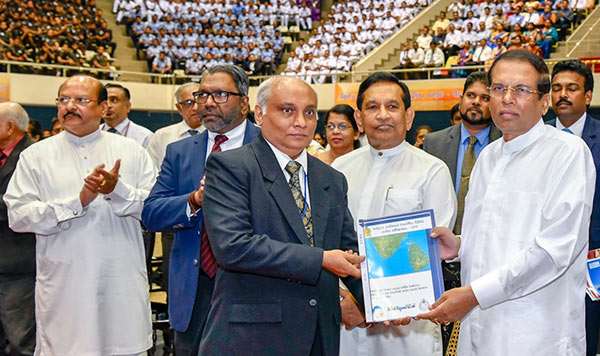 1 Response to Unheeded to life threats, I lead the fight against drug menace for the future generation – President

Home » Unheeded to life threats, I lead the fight against drug menace for the future generation – President