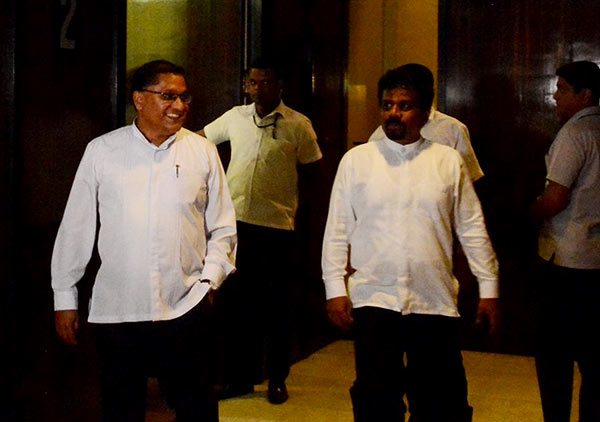 A discussion was held between UNP Leaders including Prime Minister Ranil Wickremesinghe and the leaders of the JVP at the office of the Prime Minister today (22nd) regarding the 20th amendment to the Constitution that includes proposals to abolish the executive presidential system.

The Leader of the JVP Anura Dissanayaka, its Information Secretary Vijitha Herath and Parliamentarian Dr Nalinda Jayatissa participated representing the JVP while the UNP was represented by Prime Minister Ranil Wickremesinghe and the Minister of Development Strategies, International Trade, Science, Technology and Research Malik Samarawickrema. Minister of Highways and Road Development and Petroleum Resources Development Kabeer Hashim was expected to participate but had to keep away as he had to attend a funeral say reports.