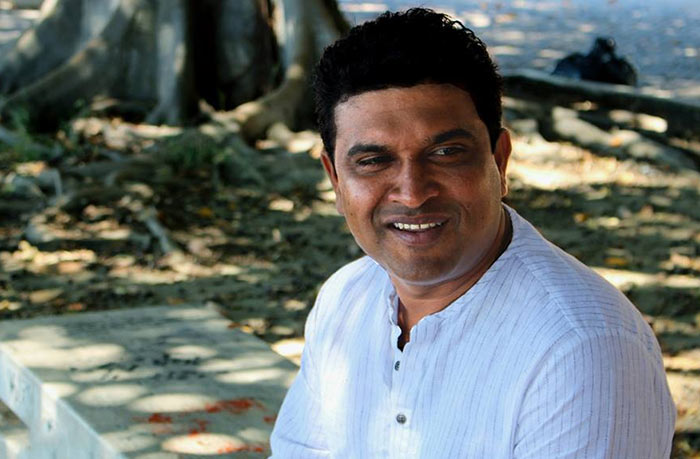 Those who had worked overtime to tarnish the image of the UNP by claiming links between its members and the then Central Bank Governor, Arjuna Mahendran, and his son-in-law Arjuna Aloysius, over alleged Treasury Bond scams, conveniently turned a blind eye to the key suspect, on bail, being at the wedding, Deputy Minister of Development Strategies and International Trade, Nalin Bandara, said yesterday.

The UNPer was addressing the media at the Development Strategies and International Trade Ministry, located at the west wing of the World Trade Center.

bond scams, Deputy Minister Bandara stressed that Arjuna Aloysius and the PTL CEO Kasun Palisena had been granted bail after being held for nearly a year.

Bandara claimed that the Rajapaksas had invited Aloysius as they were close friends, though a different picture was painted through the media.

Pointing out not only Arjuna Aloysius but Prime Minister Ranil Wickremesinghe, and several other senior party representatives, had been present, the electronic media asked the Deputy Minister whether the UNPers and Aloysius were there together. The Puttalam District MP pointed out Premier Wickremesinghe had been invited to the ceremony at Weeraketiya whereas Aloysius was at the wedding mass, at a church, in Colombo.

Finance and Media Minister and Ports and Shipping Minister Sagala Ratnayake were among those invited to the Weeraketiya ceremony.

The former Deputy Law and Order Minister said that the government was making arrangements to arrest Arjuna Mahendran though the bankrupt Opposition propagated lies.

Bandara said that he wasn’t among the invitees.

Bandara dismissed media queries regarding secret arrangements with regard to the participation of UNPers and Arjuna Aloysious at Rohitha Rajapaksa’s wedding ceremony and other events.

Former Law and Order Minister Sagala Ratnayake is on record as having said that Prime Minister Ranil Wickremesinghe successfully sought UAE assistance, in 2017, to track down Makadure Madush.

Referring to a statement attributed to President Sirisena, as regards the deterioration of Sri Lanka cricket during yahapalana administration, the Deputy Minister pointed out the culpability of Dayasiri Jayasekera and Faizer Musthapa, who had held sports portfolio and MP Tilanga Sumathipala.

Declaring that the UNP-led administration had allowed law enforcement authorities a free hand, Bandara recalled how the Rajapaksa administration mollycoddled those engaged in the heroin trade.

Bandara said that the UNP-led government had taken tangible measures to disrupt heroin distribution network. As a result of recent spate of operations, the street value of heroin had gone up sharply and case of underworld demanding ransom, too, had come down.

2 Responses to UNP: Aloysius was at Rohitha Rajapaksa’s wedding mass