UNP still has time to unite for democracy – Vijithe Herath 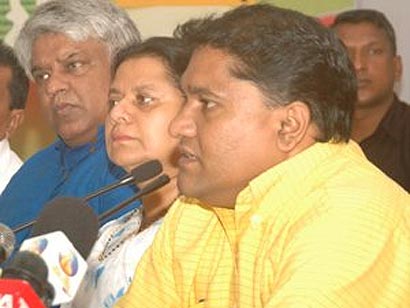 The UNP still has the opportunity to contest under a broad alliance to rescue democracy said Genral Secretary of Democratic National Alliance (DNA) and former Parliamentarian Vijithe Herath. He said Gen. Sarath Fonseka, in spite of being arbitrarily detained, requested through Ms. Anoma Fonseka for the UNP, the JVP and other parties to contest under a single front. Mr. Herath said this addressing the inaugural press conference of the DNA held today.