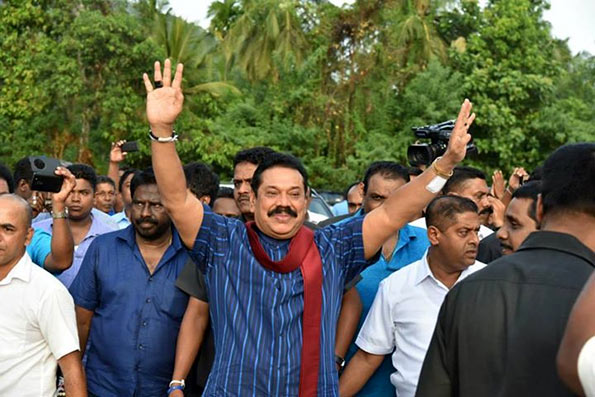 Addressing the media at SLFP headquarters at T. B. Jayah Mawatha, former minister Perera said that Friday’s incident had exposed the UNP’s sordid dealings with the Colombo underworld.

Referring to public statements attributed to Senasinghe and Perera on Saturday, Dilan Perera compared what he called mega Central Bank bond scam and Friday’s attack directed at gangsters among a group of UNPers distributing leaflets in support of Finance Minister and Colombo District candidate Ravi Karunanayake.

Of the 13 persons wounded in the attack carried out by a four-member gang, two succumbed to their injuries after being admitted to the National Hospital.

Dilan Perera called for an impartial investigation into the incident.

Dilan Perera expressed concern over Northern Provincial Council member Sivajilingham (TELO) contesting the Kurunegala district as an independent candidate. The SLFP recalled the likes of Sivajilingham vowing to avenge the death of LTTE leader Velupillai Prabhakaran. “We are really concerned about the former President’s safety and security.”