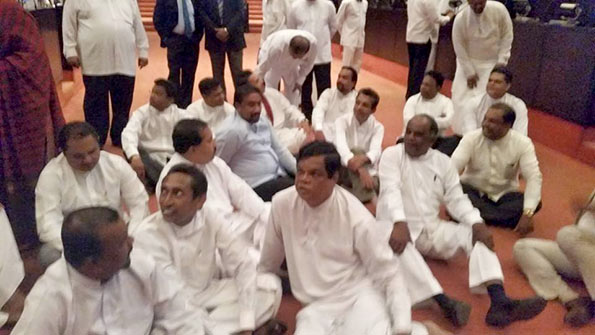 A group of United Peoples Freedom Alliance (UPFA) MPs staged a protest inside the parliament chamber a short while ago against the Bribery Commission’s move to summon former President Mahinda Rajapaksa to record statements over various allegations levelled against him.

Protesting MPs who sat in the well of the parliament said that they will not leave the chamber until they receive a written assurance from the President and the Prime Minister through the Speaker, saying that the government will stop hunting down opposition members and former President. 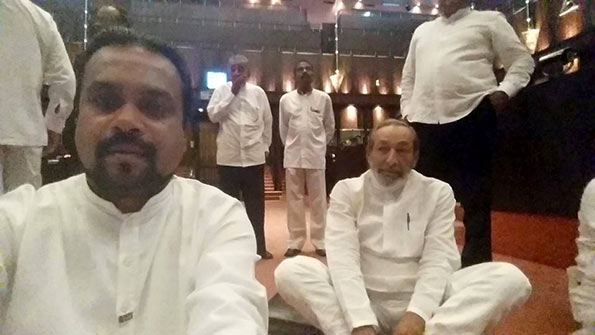 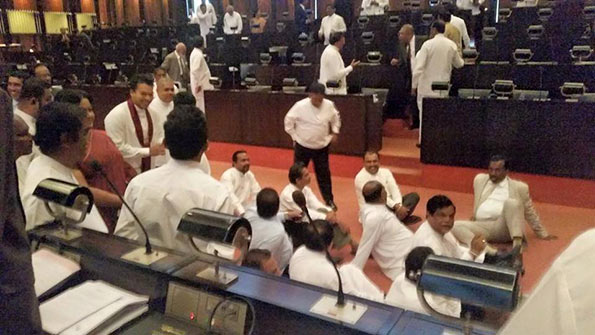